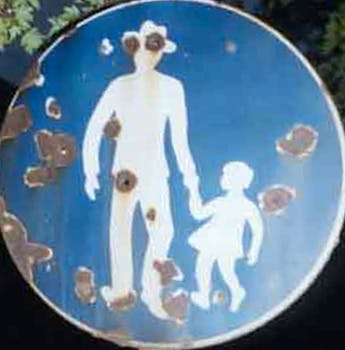 A Florida man pulled over for running a stop sign is out on $15,000 bond after officers discovered that he’d filmed video of underage girls and posted some of the clips to YouTube.

According to Tampa’s ABC Action News, Police pulled over Phillip Porvaznik, 46, after the Bellair, Fla., man ran a stop sign at 6:30 a.m. on Feb. 11. While issuing a citation, police noticed three girls in the car—ages 8, 9, and 11—none of whom carried any relation to Porvaznik.

The girls, Porvaznik told police, had accompanied him to dinner the night before, along with one of their mothers, and gone to see a movie after dinner—without the mother. According to police, the four had been out together all night.

In addition to the girls, police also noticed that Porvaznik was transporting a camera and laptop, both of which they confiscated and examined.

What they found launched a seven-month investigation that culminated in police arresting Porvaznik for selling and distributing harmful material to minors.

Police said that none of the videos—some of which were posted onto YouTube, though they’ve since been deleted, along with Porvaznik’s channel—showed any explicit child pornography but that there were a number of suggestive, immoral incidents found on tape.

In one, Porvaznik is reported to have asked the girls to “tell him the dirtiest thing that comes to their minds.”

Police chief Tom Edwards said that in some of the unedited clips, Porvaznik would “go ahead and zoom in on their rear ends and chests.”

“He was spending money on them, buying them candy,” Edwards added. “The candy would turn their tongues red and he would ask them to stick them out.”

Editor’s note: The headline of this story has been updated for clarity.