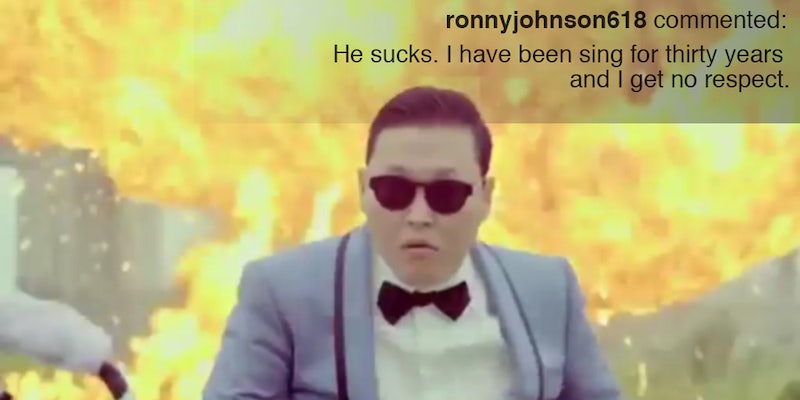 Who is ronnyjohnson618 and why does he hate everything on YouTube?

Who is ronnyjohnson618 and why does he hate everything on YouTube?

The Web is full of misanthropes, self-proclaimed critics, and naysayers. A wealth of opinion can fuel an online debate and also derail it. This is especially true of YouTube, where Godwin’s Law is often invoked.

Hark! Behold the critical mastery of YouTube commenter ronnyjohnson618, a self-appointed expert on everything, at least where YouTube videos are concerned. Even more impressive, he seems to have held almost every job imaginable, and has no qualms telling you what’s making him mad. He’s sort of like the Internet’s Andy Rooney. Thankfully, some hero redditor collected all his criticisms in one place.

Here are a few areas of expertise. 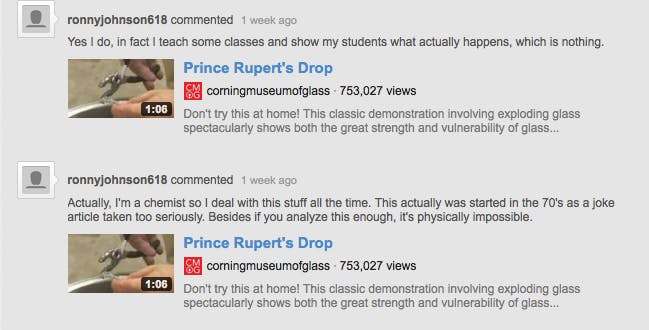 He’s become a polarizing figure on YouTube, which might be why his account has temporarily vanished. Is ronnyjohnson618 the greatest character actor on the planet, or mentally ill? You be the judge.