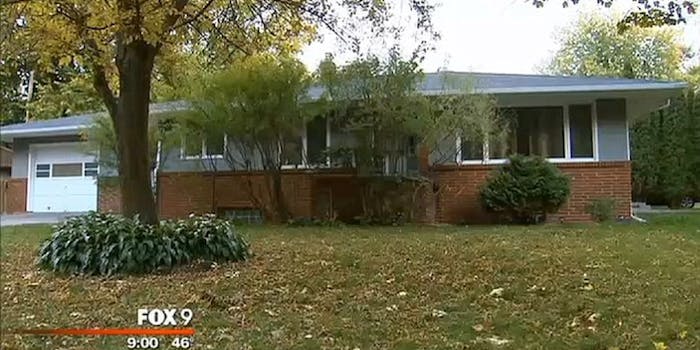 After three criminals invaded his home and put a gun to the head of his 2-year-old daughter, the victim finally identified them. On YouTube.

After three criminals put a gun to the head of his 2-year-old daughter and stole thousands of dollars, the victim finally identified them—from rap videos they appeared in on YouTube.

On Sept. 25, three men in St. Paul, Minn., knocked on the victim’s door claiming to be handing out pamphlets. The 31-year-old father answered the door, and that’s when the men allegedly hit him and thrust a gun in his face.

They zip-tied the man’s hands and demanded 200,000 dollars in cash, drugs, and the location of a man named “Meng.” The victim told police he showed them his phone to prove he did not know anyone by that name.

After one of the men pointed a gun at his toddler daughter, the man handed over $2,000 he intended for rent, a laptop, an iPad; two handguns; and some Michelob Golden Light beers, according to the Daily Mail. Days later, the man was watching rap videos on YouTube and came across one that had his three alleged attackers in it.

The videos, allegedly titled “All I Do Is Hustle” and “Hooked on Money,” have since been removed from the site. The Mail reports he called the police and showed them the videos.

Police identified the men as Theng Thao, 33, Teng Vang, 33, and Chozon Yang Chang, 27. Police say the suspects are members of the Mount Airy Boys and Oriental Ruthless Boys gangs. All three have been charged with kidnapping, first-degree aggravated robbery, and first-degree burglary.