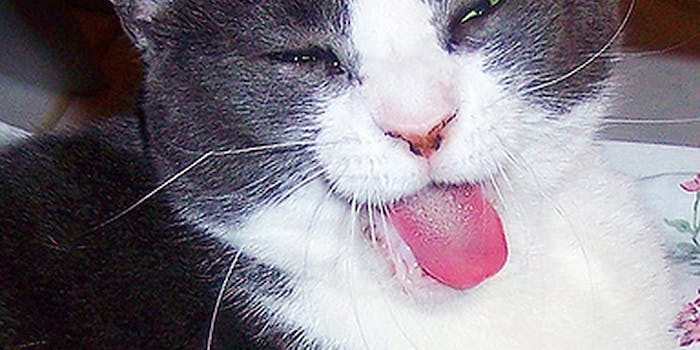 Your mother was an animated GIF and other YouTube wisdom

YouTubers who pride themselves on their scathing insults can now rejoice.

Holovaty described his new pet project on his website as a “search engine for insults.” It only collects insults directed at the number of likes or dislikes a video has received from the community.

This works well, as YouTubers tend to make grandiose statements about the people who either like or dislike a particular video and they refer to that number in the insult. For instance, when a Steve Jobs video had collected 439 dislikes, a clever YouTuber entered the conversation with this witty repartee: “439 people own a Zune,” referring to Microsoft’s failed attempt to compete with Apple’s iPod.

That’s the example Holovaty used to explain how his search engine operates.

“The YouTube Insult Generator” finds large comment numbers (like 439) followed by an insult and then generates a new insult. So instead of saying “439 people own a Zune,” it would say “you own a Zune.” Insult generated.

Holovaty admits it only works about half the time. But  the current results are interesting.

Entering in “Bunny” yields insults like “You don’t have dreams,” while “Obama” leads to one insult: “You will be sitting on your asses watching Jersy Shore when the revolution happens.”

But what’s the point of this database, except to incite more ridiculous vitriol in an already harsh digital landscape?

Angela Watercutter, of Wired.com was charmed by the application, writing  “YouTube commenters have turned rudeness into an art form” and “YouTube comments are a sign of the impending end of the human race.”

As for the need for it? Watercutter admits, “coming up with your own worthy bit of mud to sling can be tough.”