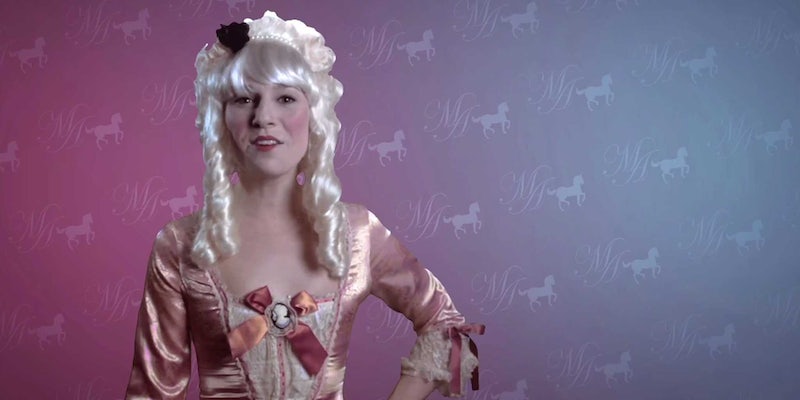 It's YouTube's 8th birthday—but what would the site have looked like if it had been around for all of history?

YouTube just turned eight, but what if various historical figures had their hands on the video-sharing site? It goes about as well as you’d expect. Cavemen are just the predecessors to pranksters, Cleopatra is a natural vlogger, and don’t let Genghis Khan’s demeanor scare you away from his ukulele covers.

J.J. Abrams might not have taken cues from Patton Oswalt’s Star Wars filibuster yet, but Izac Less had the good sense to animate it. He even managed to include Leslie Knope’s interjections in the plot of the next best movie.

Armed with just their instruments, TomSka and his friends face off against Freddie Wong in a battle of the Guitar Bandits. These guitars, basses, and ukuleles shoot lasers and flowers, but it’ll take a Fatality to finally end it.

During a retirement ceremony for Chelsea’s Paulo Ferreira, backup goalkeeper Ross Turnbull’s two-year-old son slowly made his way to the net and scored, leading Chelsea fans to shout and celebrate.

In honor of Comedy Week, Improv Everywhere converted a New York City subway car into the set of a late-night talk show with the passengers serving as the audience (and the show’s guests).