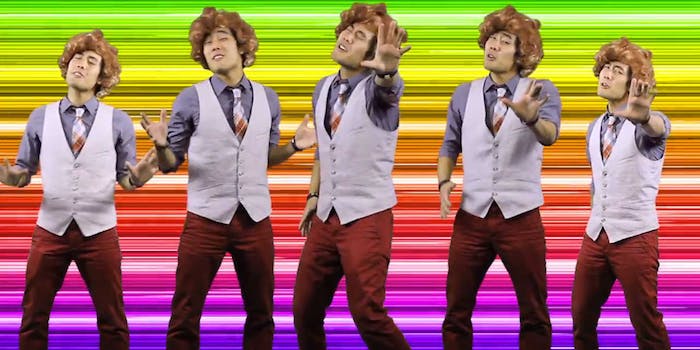 1) Ryan Higa, “How To Sing Like Your Favorite Artists”

No matter your natural talent, you really can’t sing until you can perform and sound like your favorite artists. Ryan Higa has a list of tips on how to sound like each artist or genre—except Beyonce. Just don’t even try.

Video games have been a big part of movies over the years. Slacktory gathered more than 20 minutes of footage as an homage to those video games—from the passing mentions to the ones that are part of the overall plot.

Russian sports star Very Rozov jumped off the north face of Mount Everest, setting the record for the world’s highest base jump nearly 60 years after Edmund Hillary and Tenzing Norgay first completed the climb to the top.

Amanda Bynes has been an almost-constant presence in entertainment news lately, but this PSA urges you to pay attention to something else because there’s so much more happening around the world.

An attempt to pull off an alley oop after going down a hill on a slip and slide and boogie board sounds like it could go horribly wrong, but this Australian crew manages to get that shot on the first try.