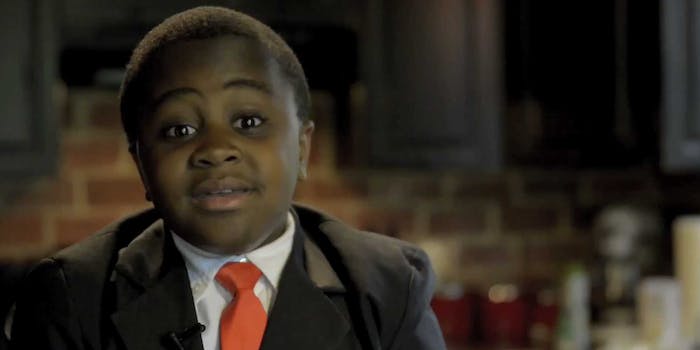 Kid President has a message for all the moms out there.

1) Soul Pancake, “An Open Letter To Moms from Kid President”

Kid President wants moms everywhere to know that he loves them (even if he isn’t good at showing it) and that they’re appreciated this Mother’s Day. They’re the real secret to changing the world, and just be glad that you’re not named Phone.

Using foam and cardboard, Caleb Kraft built his own version of the piranha usually seen alongside the Super Mario Brothers. He didn’t have a reason to build it other than he wanted to, but when you have the materials do you even need an excuse?

A group of children try popular food in Australia for the first time on camera, and every sour face, look of delight, and gag are drawn out even further when their reactions are played back in slow motion.

We’re in the midst of an epidemic: too many people are posting “throwback Thursday” photos on Instagram from as close as last summer. We’re tired of it, so a few people suggest posting “future Friday” photos—Photoshopped pictures of what you’ll look like in the future—instead.

Stacy Ayotte brought his girlfriend to their local church for a movie night with family and friends. An added trailer portrays the couple’s relationship in puppet form before Ayotte gets on his knee and proposes.