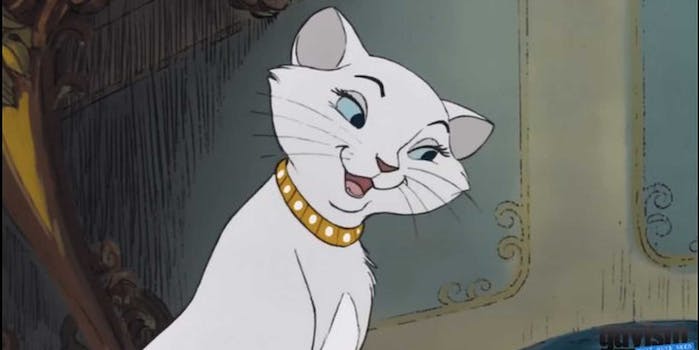 When you pair off The Great Gatsby with The Aristocats, you start to notice the similarities between 1922 New York and 1910 Paris. O’Malley spends his time chasing after Duchess, which could have unintended consequences if they follow the path of Jay Gatsby and Daisy Buchanan.

Tony Swatton is a longtime fan of Star Trek—he even made a Mac’leth for Star Trek: First Contact—and unsatisfied with the Chinese knockoff of Worf’s Klingon Bat’leth, he decided to make his own version.

After getting a request from Janice McMillan to narrate part of her mundane existence, Mike Rowe complies. He gives a dramatic narration of the video (which shows an attempt to get a group photo) and makes the photo op into a matter of life and death.

A man manages to catch a bird that flies right into his hand while hunting for quail, which is leading some to question whether the video is real or if it’s another Golden Eagle hoax.