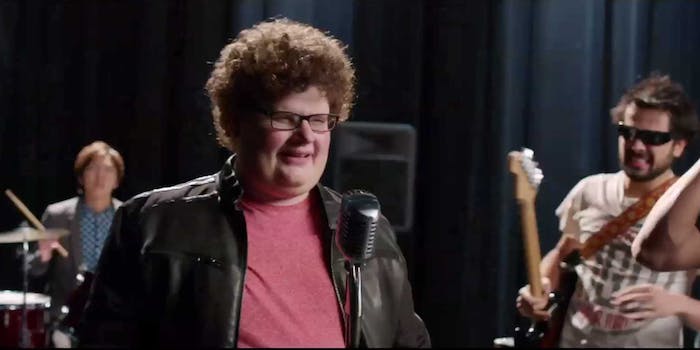 YouTube stars have some advice for the world's greatest extra.

1) Starcount, “The Most EPIC Montage Ever Montaged”

The world’s greatest extra has a big task ahead of him to nail his latest role: YouTube star. Luckily he’s getting help from some of the site’s biggest celebrities and a handy montage covers all the bases.

Law and Order has its own list of fake websites and apps, and while the reboot of Doctor Who hasn’t been around as long, there are plenty of fake websites for the Doctor and his companions to research and hack their way through.

Wes Reiff has played Adele’s “Make You Feel My Love” to his dog Rev ever since he was a puppy, and when the dog hears the beloved tune now, he can’t help but wake up and sing along.

We have mnemonic devices for the nations of the world and the state capitals, and now AsapSCIENCE made their own to help you with memorizing the periodic table of elements to the tune of the “Can-Can.”

5) bradjosephs, “A grizzly Ate My GoPro!”

A grizzly bear gets a little too close for comfort to Brad Josephs’s video camera while he’s shooting footage for the BBC’s Great Bear Stakeout, and the bear starts to gnaw on it.