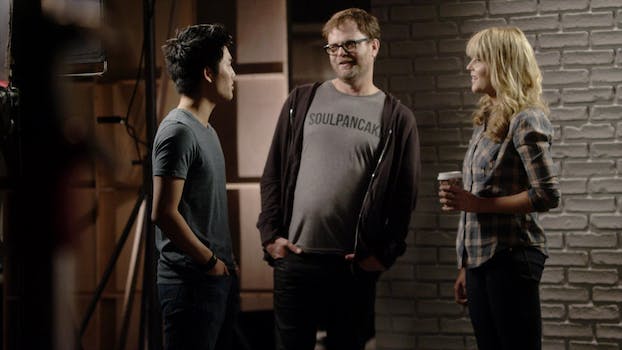 YouTube and Hollywood are coming together once again for a week of laughs and shenanigans for YouTube's first-ever Comedy Week.

YouTube and Hollywood are coming together once again for a week of laughs and shenanigans for YouTube’s first-ever Comedy Week.

May 19 through May 25, Grace Helbig, the Gregory Brothers, the Fine Brothers, Chris Hardwick, Lorne Michaels’s Above Average, and more of the biggest online comedy stars will come together for a series of sketches, shows, and collaborations throughout the week.

Some of Hollywood’s biggest comedy stars are also joining in on the party: Craig Robinson, Ed Helms, Ken Jeong, and comedy duo Key & Peele, among others. The event is produced in part with Daniel Kellison (one of the forces behind the new comedy group JASH).

“YouTube is the home of comedy for the next generation,” Danielle Tiedt, YouTube’s VP of Marketing, said in a press release. “If you like to laugh, come join us during Comedy Week as we celebrate the best of comedy with sketches, pranks, stand-up routines, sit-down routines, parodies, blunders, fails, live shows and unexpected collaborations in a way that only YouTube can.”

The channel has long shown an interest in comedy; it launched its own comedy channel last June with a mix of original content and classic stand-up clips from Louis C.K. and Jim Gaffigan.

And with over 9.3 million subscribers, Smosh—who is also set to make an appearance during Comedy Week—shows that comedy reigns supreme as the site’s most popular channel.

The channel will kick off live variety show that will live stream on May 19 starting at 8pm ET (with a pre-show at 7pm ET). Over the next few days, the channel will include “live performances, new episodes from popular YouTube comedy channels, curated top 10 lists from comedy stars and more.”