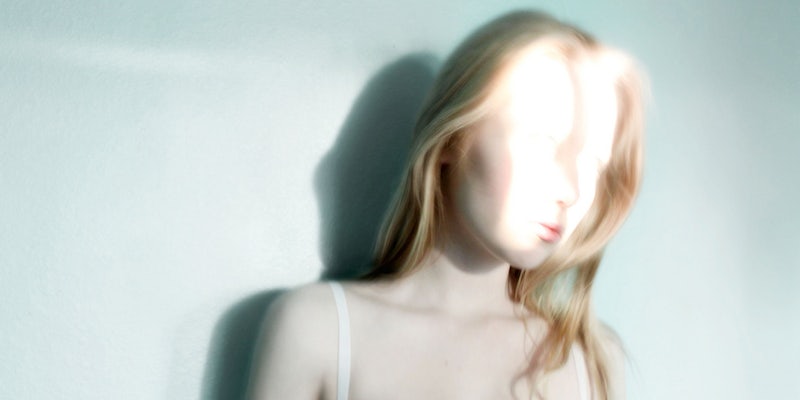 Girls expect to be groped at school. And we expect them to shut up and take the blame for it.

They grab you, touch your butt and try to, like, touch you in the front, and run away, but it’s okay, I mean…I never think it’s a big thing because they do it to everyone.

This is how a 13-year-old girl described being groped by boys at school in a recently published study from Marquette University. Researcher Heather Hlavka examined recordings of interviews with girls who had experienced sexual assault and found that many of the girls consistently tried to minimize their experiences of sexual assault and harassment by claiming that it’s “just what guys do,” “just a joke,” or “no big deal.”

Sexual violence against women is so tragically normal, it seems, that girls grow up expecting it to happen or at least not being very surprised when it does.

Meanwhile, on the internet, a veteran of the comics industry who also happens to be a woman wrote a critique of a comic cover that she found objectifying and gross: specifically, it featured 16- or 17-year-old Wonder Girl with huge, clearly-fake boobs. Predictably, she received numerous death and rape threats online for daring to do this.

Here’s the thing though: this isn’t about whether or not Asselin is legitimately afraid for her personal safety—while not ignoring that these are threats from people who know what she looks like, where she works and where she lives—or if these threats are at all credible. It’s about the fact that this is so common place, that women get so many threats that it stops bothering them.

I want to reiterate that so that it sinks in: women getting so many anonymous, sexually violent threats that it just becomes normal to them.

This is what we’re letting our culture turn into, people.

These two seemingly different examples have a common thread: women viewing sexual violence and threats of it as normal.

When women speak out against sexual violence and harassment, a common response from men is that other women seem fine with it. Other women take it as a compliment. Occasionally a woman or two will join the debate on their side, testifying to the fact that they don’t see anything wrong with catcalling or pressuring someone to have sex with you.

But studies like these show that even from a very young age, many women accept threatening, coercive, and even violent behavior from men because they don’t think anything else is possible. That’s “just how men are.” It’s “no big deal.”

It’s ironic, in fact, that feminists are the ones accused of “hating men” when it’s feminists who seem to believe the most strongly there’s nothing inherent to being a man that makes you harass, degrade, and assault women.

Why would young women accept and normalize such horrible behavior from men if it’s not truly “no big deal?”

The message this sends is that you cannot stop men from being violent; you can only cope, whether that means avoiding situations involving men or accepting the violence that results when you can’t or won’t avoid them.

I’m sure there will be people who see this research and try to spin it, to use it to show that Girls are okay! See? They just brush it right off! You don’t see them writing angry blog posts about how oppressed they are!

Another question this study can’t answer is how such pervasive sexual violence and harassment affects young women. Since women who are most likely to face sexual violence are also most likely to be marginalized in numerous other ways—poverty, racism, physical abuse, poor health, and so on—it can be difficult to tease out what causes or contributes to what.

But one example that comes up frequently in the study is that girls who are raped are often not only blamed for “allowing” the rape to occur, but also vilified and publicly shamed as “sluts.”

It’s important, of course, to push back against the framing of rape as “the worst thing that can happen to a woman,” as it’s based on antiquated notions of sexual purity. Sexual violence does not necessarily break and destroy women, and many survivors cope and thrive. But the fact that girls accept it as a fact of life should come as a wake-up call, not a relief.

Just as women writers online expect graphic rape threats, girls expect to be groped at school. And we expect them to shut up and take the blame for it.

Photo via CrazyFast/Flickr (CC BY 2.0)