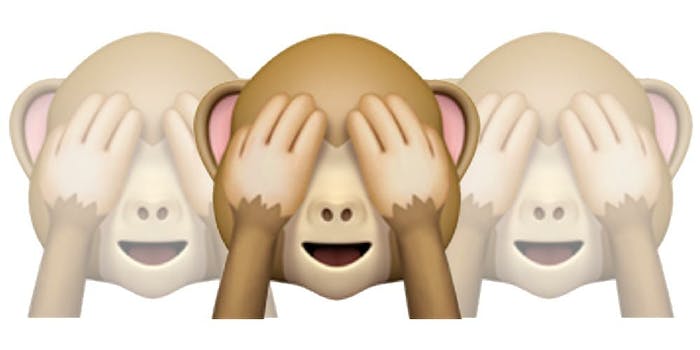 The power of the internet allows us to express our feelings and reactions in a creative and rapidly-evolving myriad of ways. Want to thirst on a celebrity? Tweet them to top you. Unsure how to express excitement? Yeet it up. Want to offer some unsolicited advice? You don’t know who needs to hear this. (But someone probably does!) Hate to see something unfortunate or regrettable unfold? Well, you hate to see it.

“You hate to see it” is one of those rare memes that, at face value, may sound more complicated than it is. The origin is unclear—other than it likely surfaced on Black Twitter, where all the good memes originate—but the earliest known record comes from a February 11, 2018 Urban Dictionary entry.

It’s defined as an “all-encompassing phrase consisting of anything you dislike to observe,” with the following example:

“Hey Nikita, did you clean the bathroom?”

Likewise, another entry from just a few weeks ago, on May 16, 2019, describes it simply as: “When an unfortunate event occurs.”

A perfect example of the meme surfaced earlier this week when Complex tweeted out a story about Ciara dishing on her decision to split with Future, who, she was previously engaged to until the couple ended their relationship in August of 2014. (She has since married Seattle Seahawks quarterback Russell Wilson.)

After five years, however, some people pointed out that Ciara should have moved on by now, and a few of the tweets went viral:

Bro Ciara has a loving dude that always shows her off but Future's name is still on her mouth, you hate to see it

But beyond famous exes throwing shade, the meme extremely versatile and can be used in just about any scenario, as you can see in a handful of examples below.

i saw yet ANOTHER woman walking around brooklyn with this tote this morning and truly….you hate to see it pic.twitter.com/1Da9LPphHP

nascar twitter is melting down bc they stopped the indy 500 in the middle of the race for a salute to the troops and ppl are arguing over what’s more important: uninterrupted car races or the troops. you hate to see it

They got sis looking like she fresh off the Mayflower. You hate to see it. https://t.co/KHBQ2IpAI3

You hate to see it pic.twitter.com/DOV6Jezmgz

White women being the generation’s definitive voices on feminine anger. You hate to see it.

This kid in net for Honduras looks like somebody trying goalkeeper movement out on fifa for the first time wow you hate to see it pic.twitter.com/FV9Y6LK2Ti

“You hate to see it,” unsurprisingly, also appeared in reactions to  divisive final season.

Jorah even gets posthumously owned when Dany turns out to be nuts. You hate to see it

Hodor died for this shit. You hate to see it. #GameOfThrones

sansa made it to the end of game of thrones ALIVE and as the queen after y'all have been praying for her downfall since s1. you hate to see it pic.twitter.com/qmFnG8saWD

Jorah died in the friendzone. You hate to see it.

friend zoned in real life too… you hate to see it. https://t.co/dkdUHkmcqL

The phrase has also been popularized on Reddit, where it can be found used as the setup for countless memes (and more Thrones ones, of course):

You hate to see it from freefolk

You hate to see it from publix

You hate to see it.. from dankmemes

You hate to see it from UrinatingTree

Oddly enough, the Michael Scott juxtaposition seems very fitting in this context. Had The Office aired during the peak Extremely Online era, the former Dunder Mifflin regional manager himself alone would have launched a thousand variations of the “you hate to see it” meme. I mean, my god, the “Dinner Party” episode alone! Such quaint times we were living in.