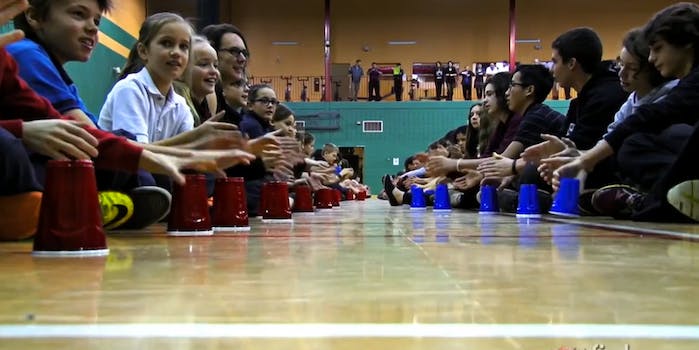 Just when you thought the 'Cups' phenomenon had run its course...

The “Cups” phenomenon has come a long way, but now it’s gotten one Quebec school into the record books.

The Collège Saint-Bernard school in Drummond, Quebec now holds the record for the largest performance of “Cups,” the song and plastic cup routine made popular again by Anna Kendrick in Pitch Perfect.

About 1,500 staff members and students ranging from kindergarten to high school came together for the performance, which was inspired from the successful performance of the routine by music students at an open house in September.

After at least a month of practicing, students and staff appear to be having a blast. And no matter how many times you’ve heard the song, you can’t help but try to perform along with it.

It might be time to dust off your set of cups after all.