What the hell is printed on this Popeyes fried chicken?

I was on a mission for the greasy truth.

When you bite into a piece of delectable fried chicken, you hope to find only a mouthful of tender meat and breading, nothing more, nothing less. One Popeyes patron in Chicago got an unexpected treat: a garbled message printed in ink on her chicken. It looks like somebody stuck a piece of fried chicken in a printer and hit command-P on a TPS report.

Zoë (@zoerakaya_) is that customer:

In a quest to find the truth behind this mysteriously printed poultry, I reached out to Popeyes corporate. I left four voicemails. They have not responded to my messages at this time. I also reached out to the Popeyes franchise at 95th and Vincennes in Chicago and was greeted by a manager named Renée. She was unable to comment on the incident. She said she only talks about a customer’s food with the customer. 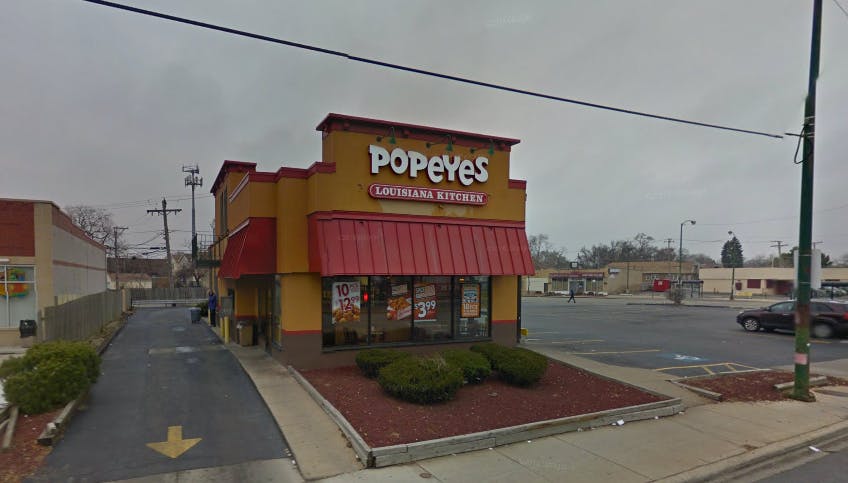 An image of the Popeyes franchise in question.

So what exactly is printed on this chicken? 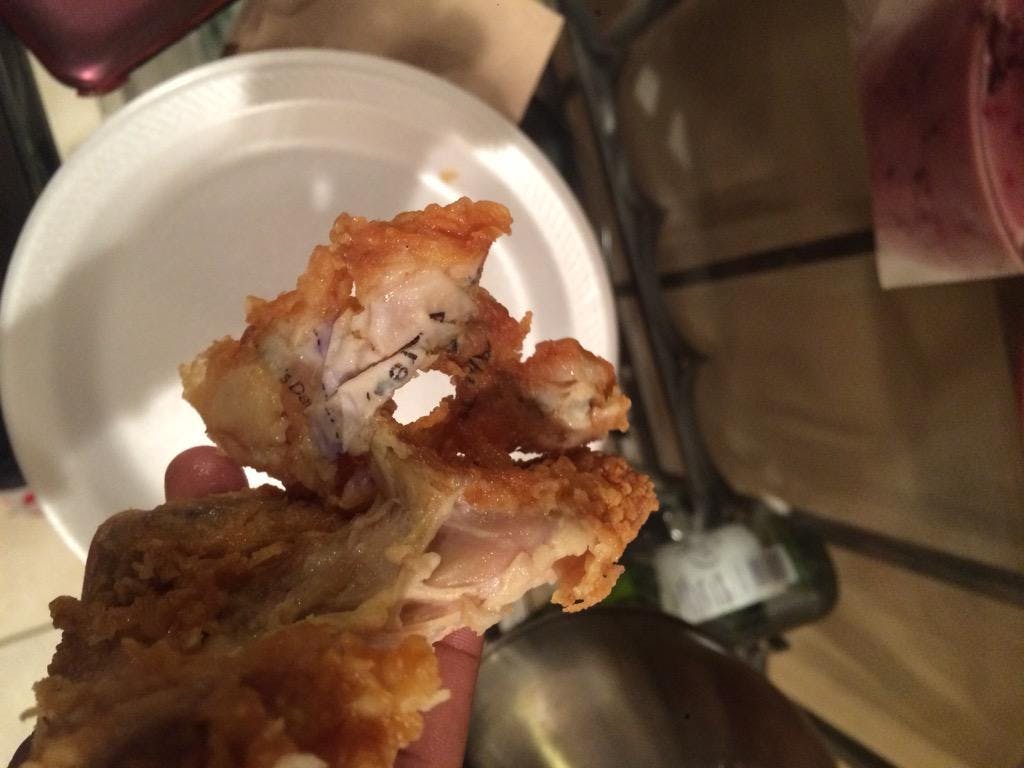 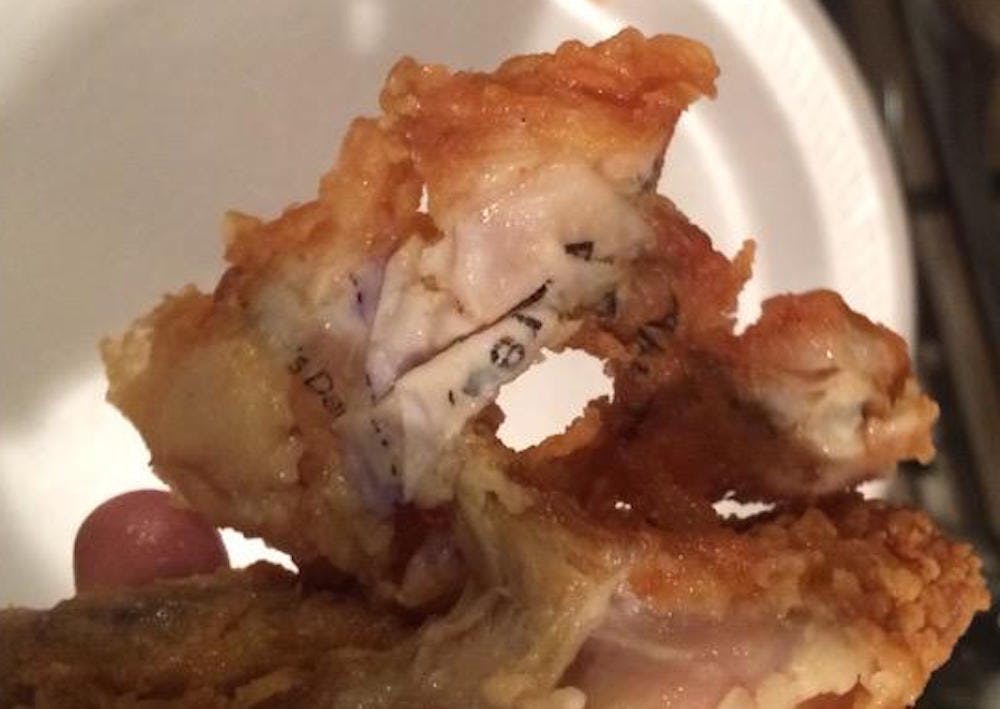 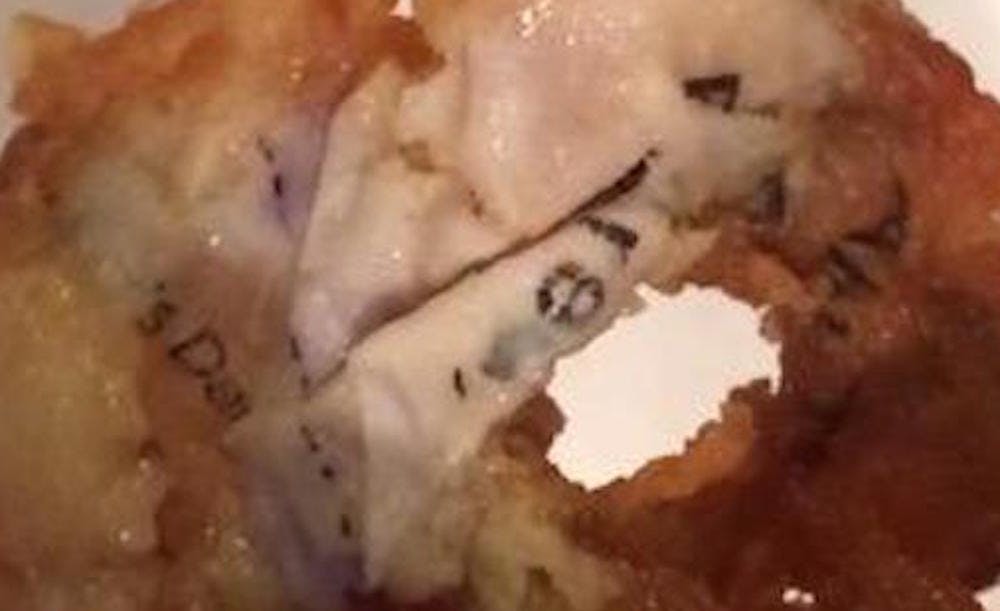 And then… is that a vowel? Should we consult a graphologist about what exactly these illegible characters are?

But it’s not the exact letters that matter. It’s why exactly there would be any goddamn type on this chicken.

Perhaps it’s a warning of sorts, handed down from the fast-food gods. Or a kitchen accident that left this piece of fried heaven scarred with the burden of language? It it an Illuminati conspiracy? 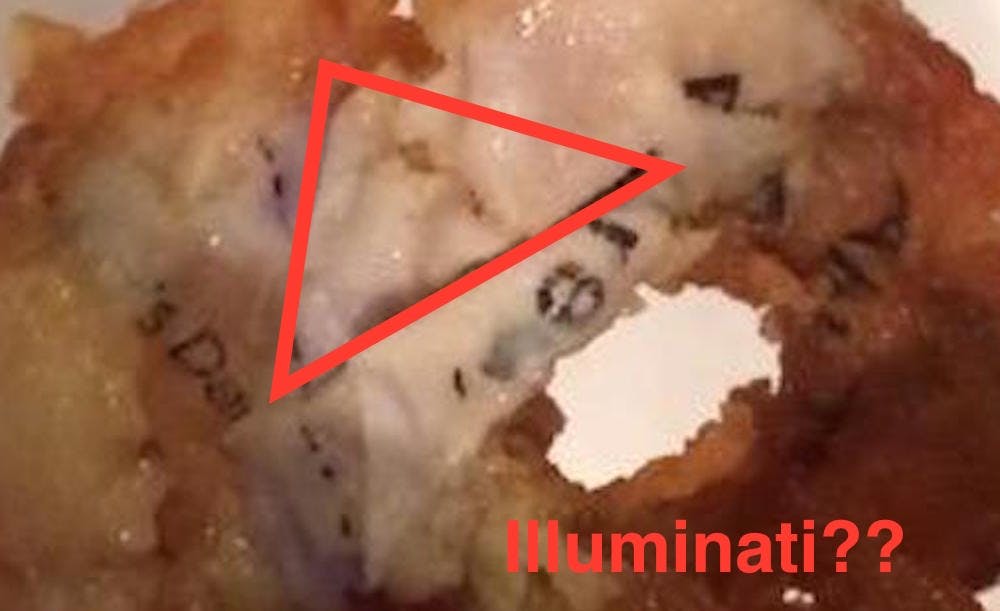 Beyoncé, a noted fan of Popeyes, attempting to signal the lizard people she commands? (Skip to 2:30.)

It is still unknown. This mystery may never be solved.