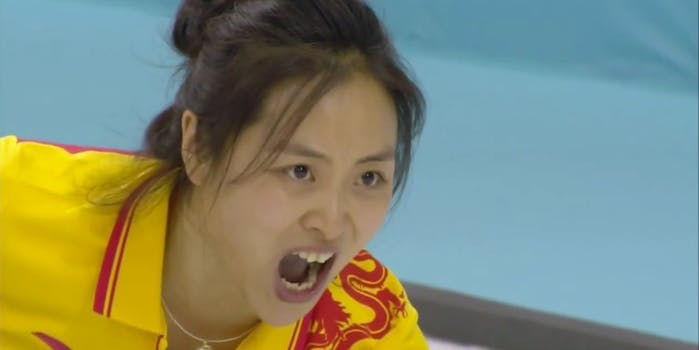 This might be one of the best parts of curling (that doesn't involve cats.)

We’ve already seen how curling can be improved with cats, but the sounds from the players might be one of the best parts of the sport.

A lot can happen when the rock is released toward the sweepers. For these curlers, the stakes are at their peak following the release, and communicating with the sweepers is key.

And if you’re going to direct your teammates on what to do to best help your team, why not shout at them?

Yelling in curling is one of the stranger aspects of the sport—as well as the most entertaining. The more crucial or closer the shot is in the game, the louder the players yell.

By the gold medal match, these curlers will be screaming.