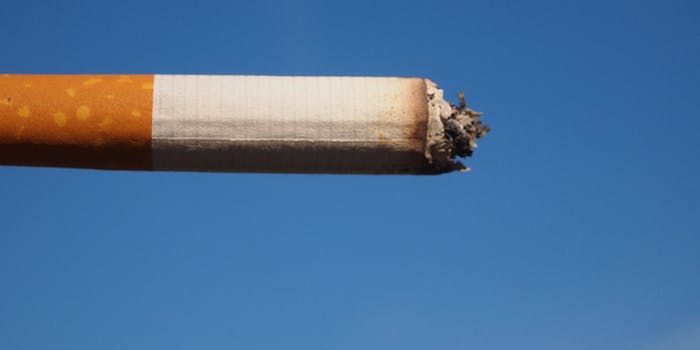 There are plenty of reasons not to let a stranger bum a cigarette off you. But in the case of a motorist filling up at a Jerusalem gas station on Tuesday, a sense of charity would have at least saved his car.

After the man denied a young woman a smoke, she took the only sensible form of revenge: setting the fuel pump, his vehicle, and the entire station on fire.

Hebrew newspaper The Marker reports that station attendants were able to put out the flames before anyone was hurt, and police arrested a suspect shortly afterward. If she does go to prison, a bit of advice for her fellow inmates: just give her a goddamn cigarette.