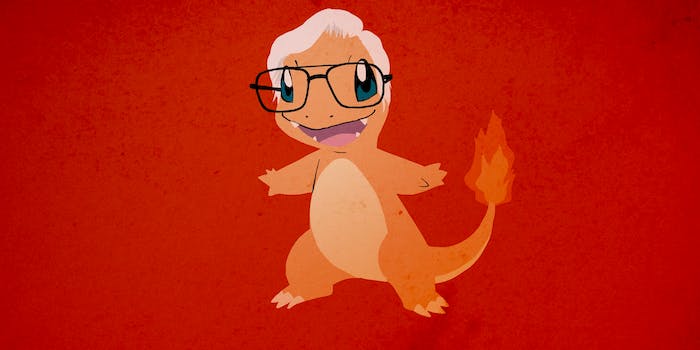 Noam Chomsky would be a fire-starter.

Pokémon Go has evolved into a gaming phenomenon around the globe. Its premise is pretty straight-forward, a trait that’s both appealing and revolting. But while most want to find Pokémon, others seek the truth.

For those searching out a path to Pokémon mastery and general enlightenment, there’s Wokémon. The Facebook page combines pocket monsters with thought leaders, socialists, and the menacing ulterior motive of an app whose user base has surpassed all others.

In the Wokémon world, Pikachu is a Black Lives Matter activist armed with W.E.B. Du Bois quotes, and Emma Goldman takes on the adorable form of a young Vulpix spouting anarchy.

Noam Chomsky is, of course, the OG fire-starter, Charmander.

The Pokémon themselves aren’t the only woke thing about this Facebook page. Check out this alarming PokéStop in Cleveland: The site where 12-year-old Tamir Rice was fatally shot by law enforcement.

It’s a sobering reminder that the world is harsh, and no amount of augmented reality can change that—unless we all rise up, that is. Which brings us back to soul-searching.

To paraphrase the great Noam “Charmander” Chomsky, it is the responsibility of Pokémon masters to speak the truth and expose lies. Even in themselves. Wake up, sheeple mareeple.