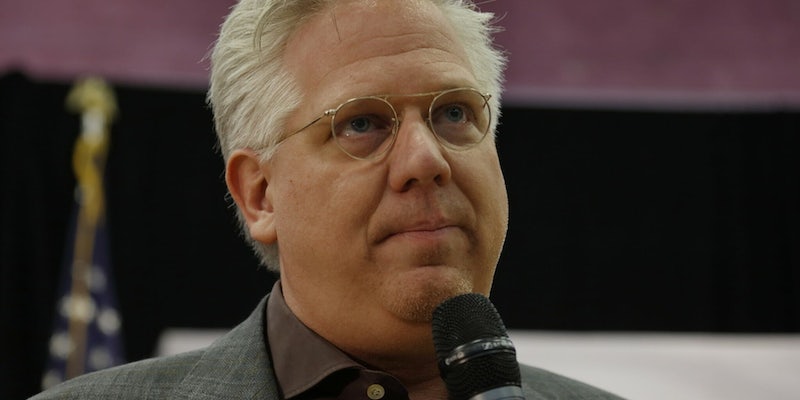 What's the deal with the new Glenn Beck?

Glenn Beck, former Fox News commentator and founder of conservative website the Blaze, has taken on a new image this election cycle by aligning himself against Donald Trump. A popular category of headline warned, “When even Glenn Beck is worried…”  But the thing people love most about the new, more moderate Beck is his venture into statement fashion.

In a new meme that no less a news source than Glennbeck.com calls “ironically funny,” everyone is burning Woke Glenn Beck over his flashy menswear.

how did Glenn Beck transform himself from race-baiting NWO-conspiracy-pushing contrarian to woke steampunk icon???? pic.twitter.com/hv8EDBEn2t

Glenn Beck looks like a mountie stationed at a Whole Foods pic.twitter.com/quRZbPvweQ

Woke Glenn Beck looks like he's about to send his grandkids on a dinosaur tour with strangers pic.twitter.com/thImU8f8BH

Woke Glenn Beck looks like he's about to send his grandkids on a dinosaur tour with strangers pic.twitter.com/thImU8f8BH

The post about the meme on Beck’s own website claims Beck has always been attuned to social justice because he’s such a big fan of Martin Luther King, Jr., and congratulates “the left” on finally arriving at Woke Beck’s level.

However, other things Beck has professed to be woke about in his career include believing that Barack Obama was starting his own civilian army and that a Muslim caliphate starting in Egypt was bent on world domination. So, in conclusion …