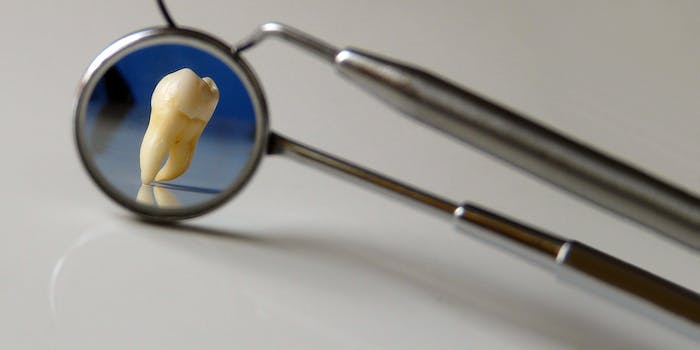 With the exorbitant costs of dental work today, it's not surprising she expected them to throw in a little something extra.

I think it’s safe to say that most people find themselves upset that they don’t look like Nicki Minaj. But no one’s ever been quite so disappointed as Jayci Underwood, who had convinced herself she’d wake up from wisdom teeth removal surgery looking like the pop star.

“I’m really upset!” she proclaimed. When asked why by her husband, she admitted, “because I wanted to look like Nicki Minaj when I woke up… I just wanted to have her butt. And her face.”

“But, you just got your teeth done,” her patient husband explained. To which she replied, “but I didn’t know that… I paid a lot of money. And I’m still white!”

She has a point. With the exorbitant costs of dental work today, I’m not surprised Jayci expected them to throw in a little something extra.

She went on to proclaim her love of Ellen DeGeneres. “I want to go on her show, and I want her to give me one of those giant checks so I can go shopping… I love Ellen DeGeneres. She’s so beautiful. And I’m not even a lesbian,” she wept.

“You need to be happier,” her husband tried to comfort her, to which she snapped, “I need to be Nicki Minaj.”

The realest moment in the whole video may have been when she realized her lip was swollen then reasoned to herself, “Maybe Beyonce would like me if I looked like Jay Z. Then I could be friends with Nicki Minaj, Ellen DeGeneres, and Beyoncé,” a thought that I admit has crossed my own mind after a bad allergic reaction.