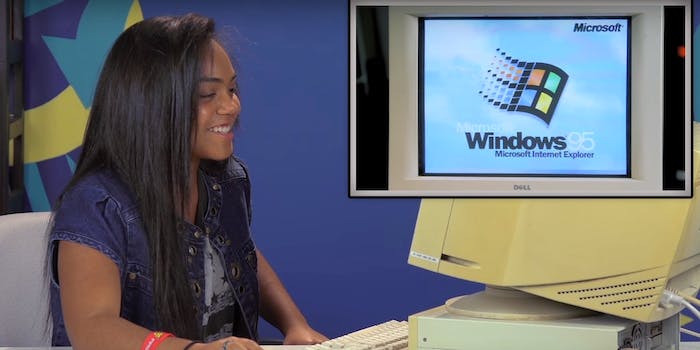 How did we do it?

It’s the operating system that started it all, but for some teenagers, it doesn’t start up quickly enough.

The edges of Windows 95 are rougher, it’s less personal, and it’s on a computer that’s older than Wi-Fi, but for all of its faults compared to more modern systems, the 21-year-old software still works surprisingly well. But it blows the minds of the youngsters who appear on this edition of Teens React. They’re fascinated by the simple technology and the idea of being unable to connect to the Internet at all, even after trying AOL.

The downloads and updates on our computers seem so quick in comparison, don’t they?