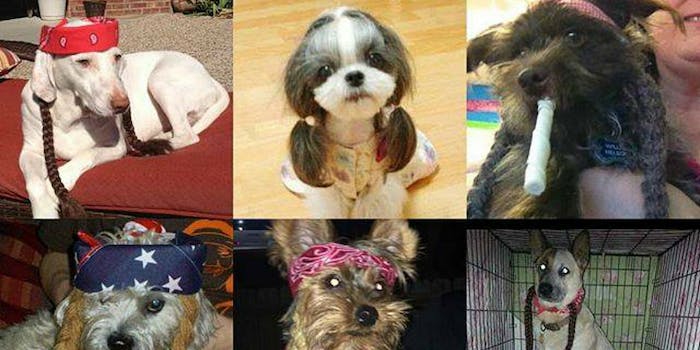 At least one dog is smoking a joint.

Does your dog have a passing resemblance to singer-songwriter Willie Nelson? If so, you’re not alone, and in recognition of Wednesday’s National Dog Day, the country superstar posted the best examples for all the world (or, at least, for all his Facebook followers) to see.

It began with a simple request. 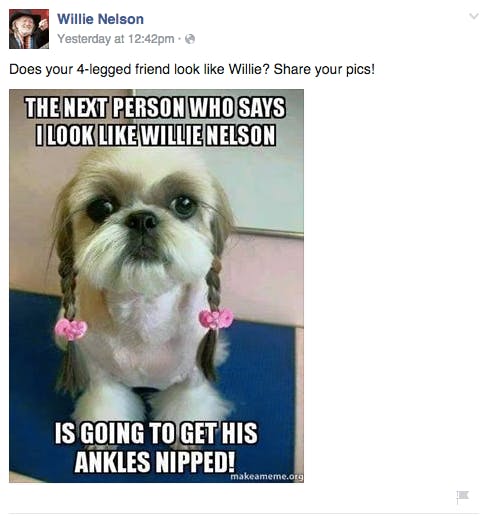 Unsurprisingly, the photos came flooding into Nelson’s virtual mailbox—photos that showed dogs with their hair styled into Nelson-like pigtails, dogs donning cowboys heats, dogs wearing bandannas, and at least one dog pretending to smoke a joint. 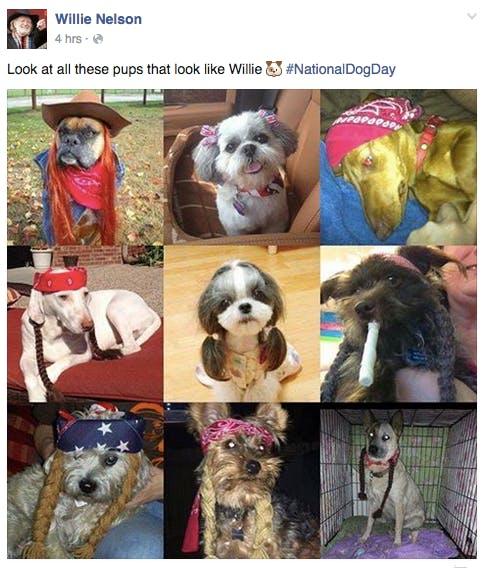 All of it compelled Nelson (or Nelson’s social media team) to post the best doppelgängers he could find. The results are compelling.

No word yet on whether any of the highlighted dogs are named Blue.