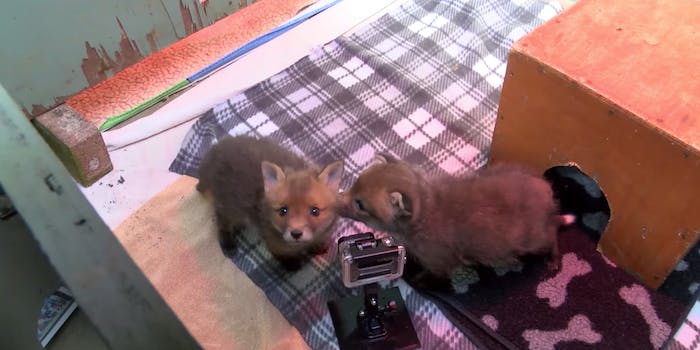 The path to a lifelong friendship isn’t always easy, and just because two members of the same species are in the same room doesn’t mean they’ll get along right away.

That was the case with Lonely Boy and Feisty Girl, two baby foxes that were recently brought to the British animal-welfare group Wildlife Aid. The employees knew that each fox would thrive better with a companion (thus ensuring they didn’t imprint on humans), so they put them in a cage to see what would happen.

Forcing them together didn’t work, so the employees took it slowly, gradually palcing them nearby so that, by the time they met and started getting along, they thought it was their idea to meet the entire time.

Just a short time later, the two foxes were found thriving together in their new environment—or rather, one is perfectly fine with sitting and watching the other exert all of its energy.

Hey, if it works for them, then all the better.