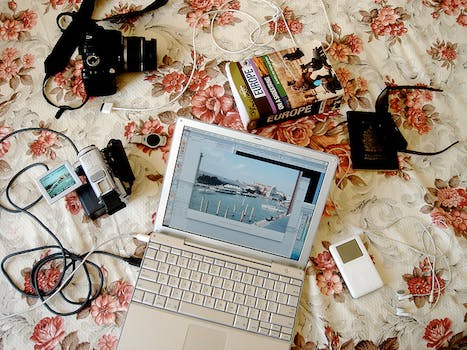 In a widely reported move that could revolutionize travel websites, Wikimedia, the non-profit foundation that runs Wikipedia, may launch its own travel guide.

But Wikipedia’s potential gain is another site’s loss.

Behind the techosphere’s banal headlines is a tale of defection and mass rebellion at Wikitravel, the for-profit outfit that, since its launch in 2003, has become the largest Wiki-style travel site on the Web.

For years anger has simmered under the site’s well-trafficked surface. Volunteer administrators accuse the company of ignoring complaints, letting technical bugs fester, and caring more about the company’s bottom line than the users who create its content.

And if the Wikimedia deal works out, those users will defect in a mass migration, potentially dooming the site to irrelevance—a sad end for a site built on lofty goals.

Wikitravel was started by Evan Prodromou and Michele Ann Jenkins in 2003. It was, as the name suggests, a sister site to Wikipedia, the free encyclopedia that’s revolutionized how knowledge is shared and disseminated across the world. Wikitravel would be, its founders declared, “a free, complete, up-to-date and reliable world-wide travel guide.”

The site grew fast, and soon the corporate world picked up on its traffic scent. In 2006, it was acquired by Internet Brands, a Web conglomerate that began as used-car site CarsDirect and has since gobbled up more than 100 other websites—and their combined 100 million monthly unique visitors.

Some were immediately upset about the deal. A group of European and Italian users jumped ship, setting up shop at a rival site they dubbed Wikivoyage. At the time, however, Internet Brands promised to keep corporate meddling to a minimum.

“For today, tomorrow, next week, next month, Wikitravel is going to remain the same site you’re used to,” Prodromou and Jenkins wrote in a statement announcing the acquisition. “And of course, the community will continue to make its own decisions and policies.”

Years later those who stuck around see the Internet Brands acquisition as a turning point, when the slow creep of decline and commercialization began.

Among the current rebels’ gripes: Bug reports that sit for years without being fixed, outdated Wiki software, and, most offensive of all, intrusive advertisements. Indeed, for a site that was founded on a free-for-all ethos, ads have always made hardcore users a little squeamish. (Internet Brands did not respond to request for comment.)

Initially Prodromou and Jenkins promised the ads would be “unobtrusive, targeted,” and “well-identified.” But as time has gone one, some disaffected users say, the ads have become ever more intrusive and annoying.

“I guess the impression is that people got is that [Internet Brands] is just profiting off their work,” said Jani Patokallio, one of the organizers of the exodus and a Wikitravel user since 2004. “And they’re not getting anything back.”

Patokallio said the Wikitravel admins have been discussing jumping ship—or as the Wiki community calls it, creating a fork—for years, but they’d always just assumed Wikimedia was simply uninterested. Earlier this year, however, the Wikitravel admins put out some feelers. And to their surprise, Wikimedia’s users were downright excited.

Soon enough, they had a plan: The 32 Wikitravel admins would move to the still-unnamed Wikimedia travel site, bringing with them all of Wikitravel’s existing content, which is available for free under a creative commons license. In addition, they would be joined by Wikivoyage, the Europe-based site that had broken off from Wikitravel, and its 12,000 articles in German and 24,000 in Italian.

A public vote at Wikipedia shows overwhelming support, with 167 for and just 16 against. The foundation’s board has declared the it “exciting” and but is holding off on a decision until the community has more time to discuss it.

“The board has recognized the discussions and is putting on a six-week timeline,” said Jay Walsh, a Wikimedia foundation board member. “That’s a significant step in looking at the creation of any new project.”

Walsh cautioned, however, that “the proposal doesn’t mean it’s definitely going to happen.”

An admin defection could be disastrous for Wikitravel.

Wikipedia dominates Google searches, and links from the encyclopedia giant help boost Wikitravel’s own rankings. Once Wikimedia launches its own guide, those links will disappear, and Wikitravel may find itself shunted off Google’s front page—losing traffic for topic pages from Chicago to Madrid to the Caribbean.

At Wikitravel itself, Internet Brands staff have attempted to censor posts that advertise the Wikimedia discussions, sparking outrage among some users.

“Please understand that deleting a good faith discussion, rather than responding and providing counter-arguments, is something that will be extremely poorly received within any wiki community,” Wikitravel user Ryan wrote to an Internet Brands staffer who’d been deleting posts.

That’s a microcosm of Wikitravel’s problem as whole: How do you run a business based on a community that’s meant to be free and uncensored?

If only Internet Brands could have cracked that nut.

“Wikitravel has always had the chance to supplant local travel guides,”  Patokallio said. “That didn’t work out previously because of the whole Internet Brands debacle. There’s a good chance it’ll happen again. A good chance it will have a new lease on life.”

Update: The Daily Dot would like to clarify that Prodromou and Jenkins left Wikitravel in 2007.