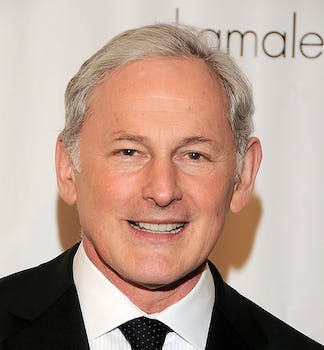 A closing entry in Victor Garber's Wikipedia noted the home he shares with another man, prompting further inquiry.

Sometimes Wikipedia can turn up the most darndest secrets. In some cases, it may even go so far as to bring some people out of the closet.

That’s the situation that went down with actor and noted silver fox Victor Garber on Monday. Garber, whose acting credits include Titanic, Argo, and Sleepless in Seattle, was in Los Angeles to run promotion on NBC’s dramatic Deception when he was cornered by Greg In Hollywood‘s Greg Hernandez and asked about a closing entry on his Wikipedia page—namely, that he had a home in New York that he shared with the artist Rainer Andreesen.

“I quickly looked at his Wikipedia page and there it was,” Hernandez later wrote. “I then found all kinds of photos of this most handsome couple together.”

Casually, and with a hint of secrecy, Garber responded to Hernandez’s inquiry by saying “I don’t really talk about it but everybody knows.”

What do they know? That he’s gay, or at least that’s the story Wikipedia is telling online. Site editors amended his entry shortly after reading the news, citing The Advocate‘s report in its external links.

So there it is. Victor Garber is gay, and Wikipedia is once again ahead of the news.

Photo via The Drama League/Flickr