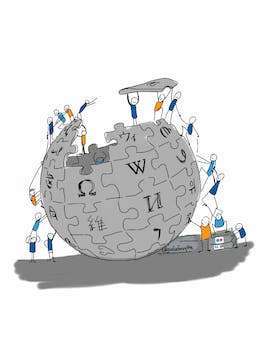 Here's a naked look at the information most people in the English-speaking Internet world were looking for over the past year.

Wikipedia dominates Google search results. That’s something any amateur googler knows after a few searches for anything mildly popular—from, say, the word “Google” itself to Facebook to Fifty Shades of Gray.

As further proof of the Wiki-dominance, we present the following list of the 10 most-visited Wikipedia pages in 2012. The data comes via Johan Gunnarsson, a Swedish computer science student at the Lund Institute of Technology in Lund Sweden.

It’s a naked look at the information most people in the English-speaking Internet world were looking for over the past year—a somewhat embarrassing mixture of pop culture phenomena and what we can only assume are Google miscues. Interestingly, none of the Wikipedia pages from Gunnarsson’s data correspond to this year’s top 10 Google search terms, which were dominated by celebrity deaths (Whitney Houston), natural catastrophes (Hurricane Sandy), and obnoxious international dance trends (“Gangnam Style”).

Why Facebook? We can only imagine the social network’s top spot comes thanks to the bumbling of Internet novices who, in their attempts to reach the massively popular site, type “Facebook” directly into the address bar (sans “.com”). Either that, or the world is very curious to learn what exactly a “Facebook” is.

As above, this is probably thanks to a truncated Web address typed into Google—or to put it another way, 30 million people forgot to add the “pedia” to their “wiki.”

An end-of-year list to satisfy the morbid curiosity in all of us.

The English boy band rules the charts—and the English-language Wikipedia, apparently. Perhaps the group’s Wikipedia page is so popular thanks to confused parents, taking to Google to educate themselves about their tweens’ latest obsession.

The Avengers, crushed its competition at the box office this year, grossing well over $620 million. Now the film’s producers can add another accomplishment to their list: “No. 5 on Wikipedia.”

The world didn’t end in 2012, but you can go ahead and feel despair for the future of humanity. One of the most absurd cultural phenomenons ever was the seventh most-popular article on the eight most popular website in the world.

Christopher Nolan’s epic conclusion to the Dark Knight series came in second this year at the box office, grossing nearly half a billion dollars. It’s the second most-popular movie on Wikipedia, too.

What happens when you google Google? Wikipedia, apparently.

The Hunger Games closes out the trifecta of big-name Hollywood movies that dominated on Wikipedia this year. Though this page is actually for the book series—and not the film—we can only imagine that the page’s popularity has something to do with the film’s nearly $410 million box office gross.