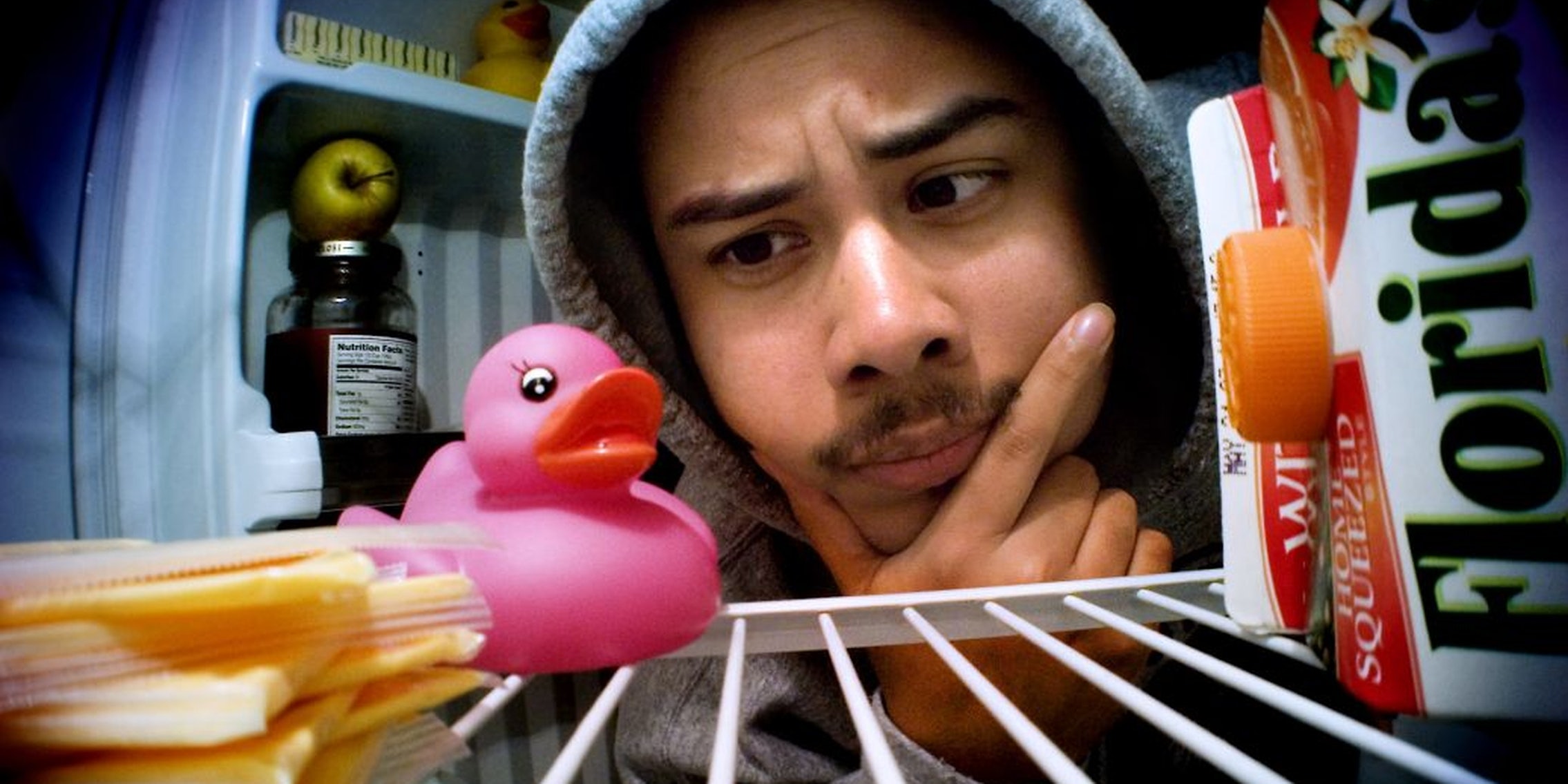 Periscope is a deranged dreamscape full of fridges, and I love it

Periscope is totally deranged and completely addictive. You should visit it immediately.

Over the weekend, I watched a man eating pasta with his family in Dubai, a car sitting in line at a Taco Bell drive-thru, the bird’s-eye view of a DJ seamlessly spinning Kanye West into Bob Marley, a Tokyo street lined with cherry blossoms, the front of a South Korean McDonald’s counter, and three guys in Denver sitting around watching Die Hard on TV. And fridges. So many fridges. 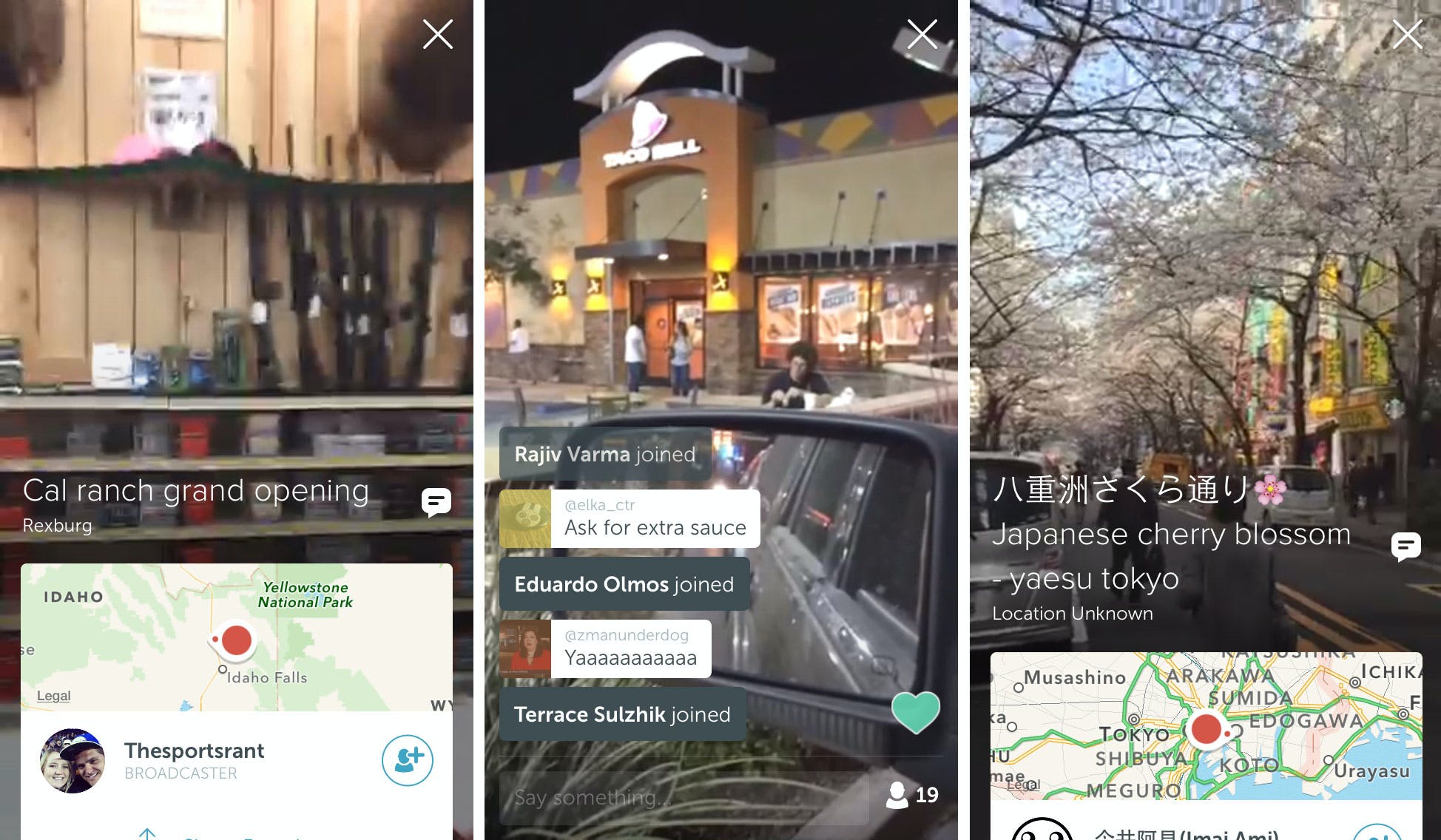 Periscope is Twitter’s streamlined version of Meerkat, the other video app that appeared last week. Both apps provide easy smartphone livestreaming, but Periscope’s world goes way beyond your Twitter feed. (That’s a good thing: If I wanted to see people I know, I’d FaceTime them.) The heart of Periscope, where all the good stuff happens, is the stranger game. 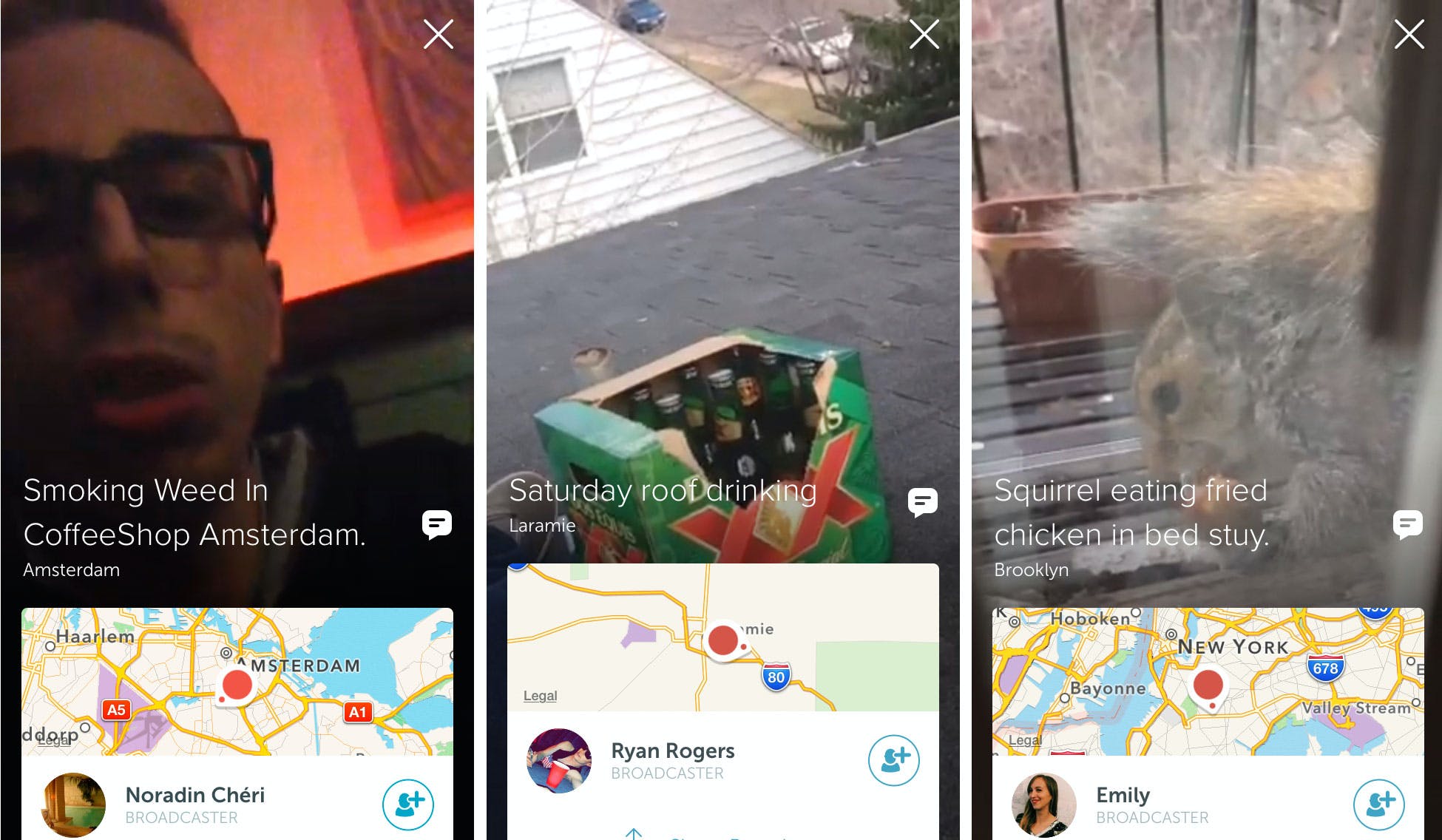 Like any online community, it didn’t take very long for Periscope to “discover” its very first meme. Let’s call it “fridging.” It’s when a when a group of digital strangers demand to see the inside of your refrigerator. It’s a weirdly reasonable and quite PG prompt for a livestreaming service. Besides the occasional “show tits!” request, 85 percent of Periscope involves people demanding to see inside fridges and then losing their minds as soon as a fridge door opens.

Just gave a tour of @TwitterNYC's beer fridge on @periscopeco. Next week I'm going to do some live DJing. pic.twitter.com/0kgJEjkNTX

“My fridge: 100 viewers and I’ll drop eggs,” read one feed. This user promised not only a fridge, but some bonus interactivity: He spent the weekend dropping fresh eggs on the ground in front of an open fridge. Splat. The 25 viewers in the audience would go wild. 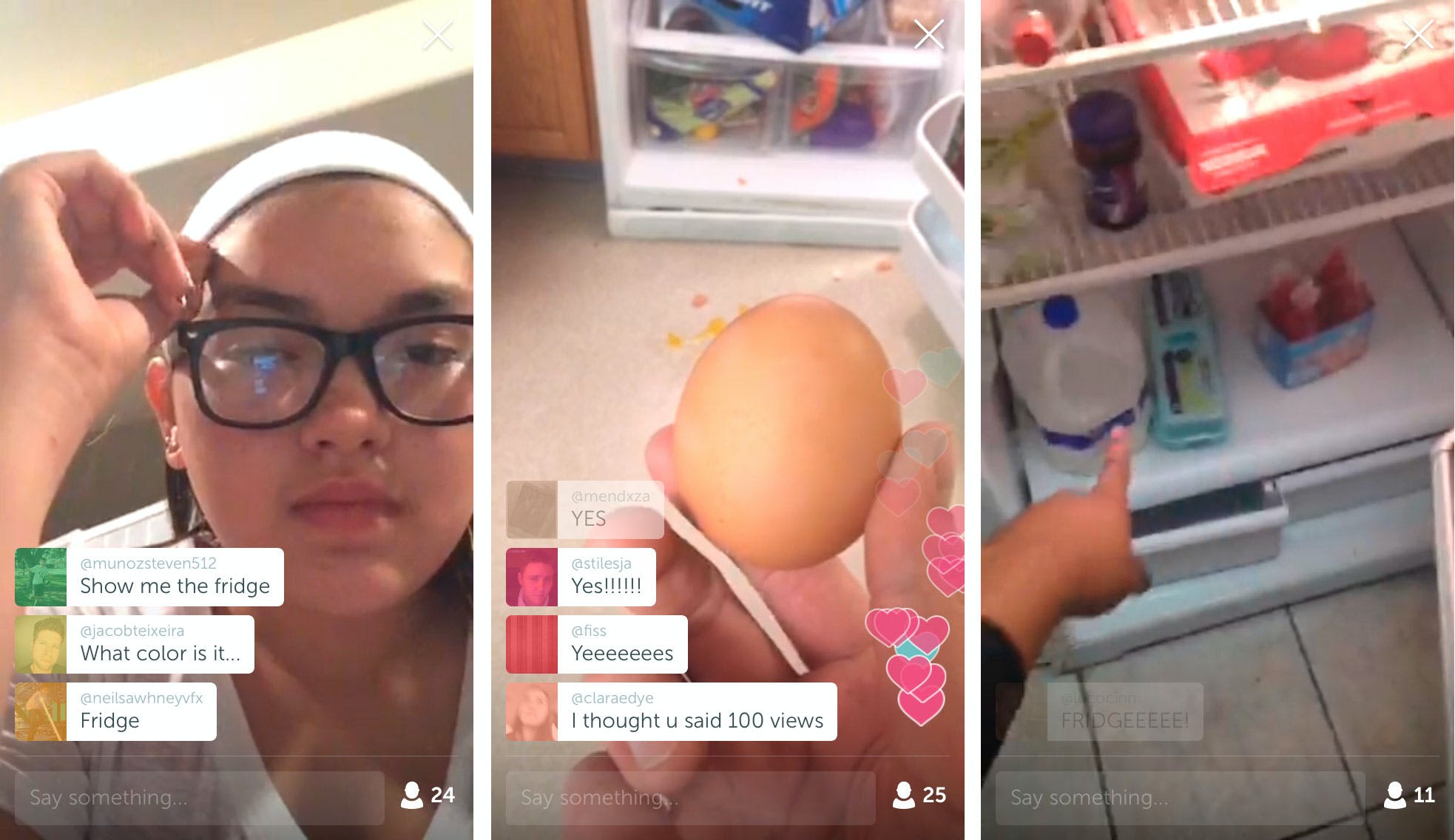 I popped into people’s homes like a nosy ghost with unfinished business.

Not everyone is clued into this burgeoning fridge meme. “Why do people keep asking to see my fridge?” a girl asked her friends as they danced around the kitchen to Ludacris on Friday night. “I don’t know!” another replied. The fridge requests only intensified. The girls ran their hands along the outside of the fridge, teasing. Their boyfriends (or maybe just some male friends, it’s unclear) joined in on the dance party, and the view count immediately plummeted. “No dudes,” someone wrote. “You’re chasing them away!” a blonde cried out. Fridge or no fridge, this is the Internet, after all.

I expected to see nothing but masturbators when I opened Periscope at midnight last week. (I’m not naive; I lived through Chatroulette.) Instead, I silently watched as a Halifax teen offered advice to strangers: “Need help, I’m here for you,” her stream read. I silently watched a streamer named “Hammer Jr.” head into the “It’s a Small World” ride at Disneyland. I followed a streamer in Idaho Falls to a gun display. I flipped through Periscope streams like TV channels, popping into people’s spots like a nosy ghost with unfinished business. 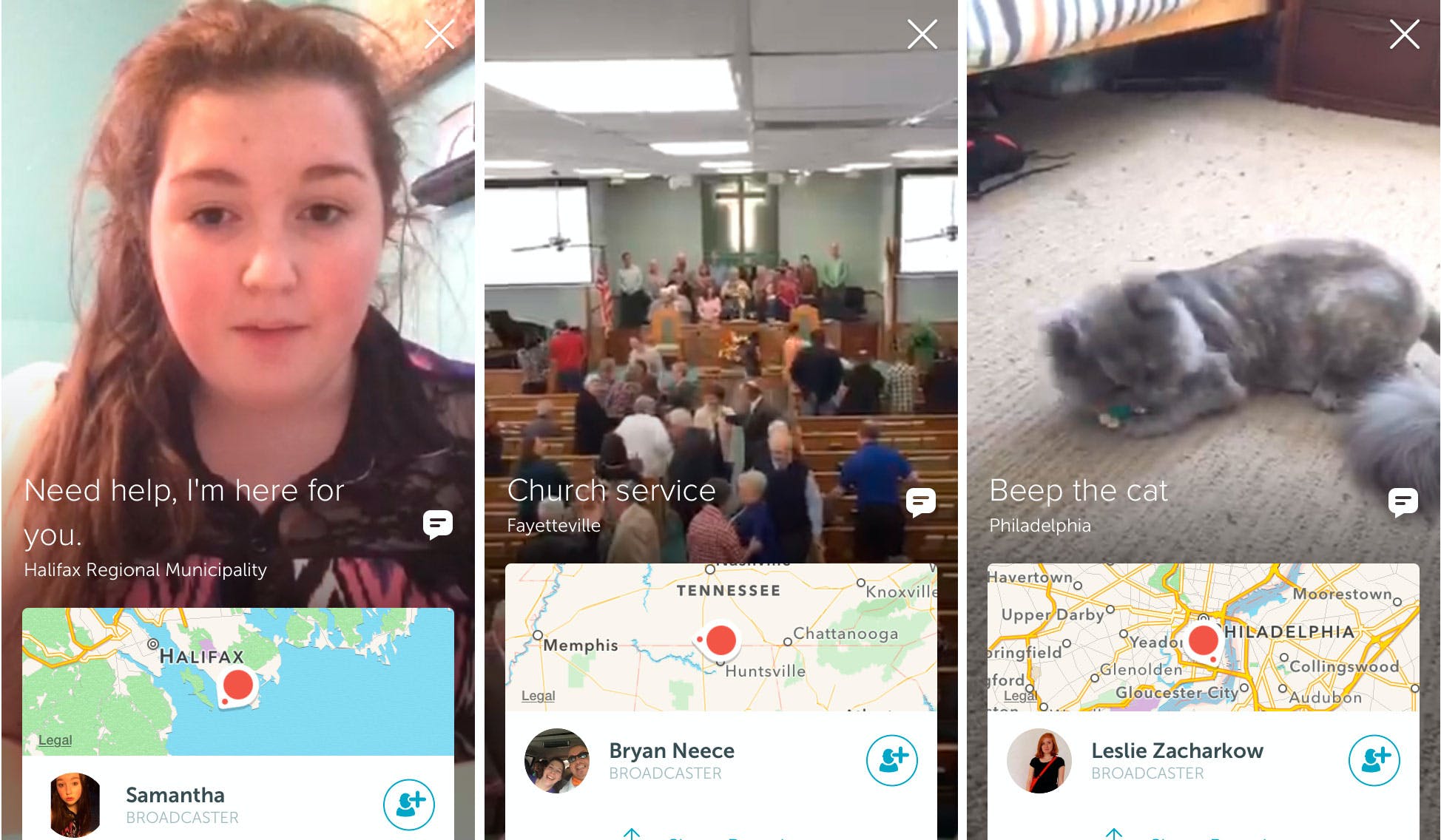 The app constantly refreshes my dashboard with open doors. Do I want to see a church service in Fayetteville, N.C.? An ice walk in Killarney Provincial Park, Canada? How about the loading of a 28-foot Jimmy Buffett touring truck in West Palm Beach, Fla.? While I wrote this, I spent 10 minutes watching a baby named Choupie gnaw on a piece of bread in Courbevoie, France. There’s currently no way to search by tags or location, which might just be for the best. The way you can aimlessly cruise Periscope—hop on, hop off—is by far the app’s greatest joy.

“Help me figure out what’s wrong with my lawn,” wrote a man in New Jersey on Saturday morning. The lawn was a moldy yellow. “Your lawn is bad,” I responded. “Maybe you need water?” He answered immediately: “I have sprinklers.”

It’s strange how disarming it is to hear someone reply aloud to your Internet comment. It’s like getting a shoutout on the radio, or a thank-you in a Oscar acceptance speech. All of a sudden I was a stranger in this guy’s backyard, playing amateur botanist.

Periscope is the closest we’ll get to spinning a globe and ending up exactly where our finger lands.

And that’s why I assumed I would stumble upon someone’s genitals almost immediately. This is the Internet we’re talking about here; we learn to expect the worst to appear out of nowhere. And it took me about 30 or so streams to find a penis, familiarly illuminated by the light of a TV blaring a Friends rerun. There it was, the elusive Periscope dick. It may be the last one we’ll see: While Periscope is surprisingly safe-for-work, the company has yet to say whether it does any sort of live censoring. For now, it’s a land of open fridges, the closest we’ll get to spinning a globe and ending up exactly where our finger lands.

For me, it was a poorly landscaped Jersey backyard. Thanks to Periscope, that guy is still out there, and he needs our help.

Photo via nestorlacle/Flickr (CC BY 2.0)