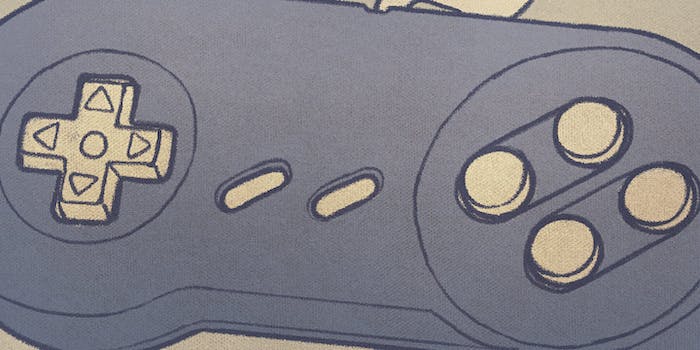 Who is really responsible for online harassment in Gamergate?

This isn’t just us vs. them anymore.

The topic at this year’s South by Southwest festival was online harassment in gaming, even if attendance at its notable panels didn’t actually reflect that. And it’s a shame, because every one of us needs to take responsibility for online harassment.

SXSW made headlines last year after organizers cancelled, then un-cancelled, two panels scheduled for this year’s conference that had been originally approved as two sides of the same “Harassment in Gaming” coin. The first one, “Level Up: Overcoming Harassment in Gaming,” was turned into an all-day anti-harassment summit on Saturday. The second, “SavePoint: A Discussion on the Gaming Community,” went ahead as scheduled on Tuesday.

SXSW 2016 was on track to be the year where developers, politicians, law enforcement and the general public finally tackled harassment, one of the most contentious issues facing Internet culture. Unfortunately, attendance didn’t coincide with the promised dialogue, with lackluster attendance reported from both events. Some attendees and panelists blamed SXSW for the events’ off-site location and lack of promotion.

Still, the show must go on, and both panels delved into Gamergate during their discussions. However, the panels at the anti-harassment summit definitely spent way more time on the topic. SavePoint’s panelists spent most of their time talking about ethics in gaming journalism, which many will recognize as one of Gamergate’s stated objectives.

It’s about all of us taking responsibility for what kind of culture we’ve created on the Internet and continue to allow, excuse or ignore.

The question echoed in both panels was: “Who is responsible?” The anti-harassment panels discussed the various ways in which law enforcement, social media companies and politicians have failed to create better channels for reporting and preventing online harassment. At the SavePoint panel, game developer Nik Robalik was quick to dismiss online harassment as just another side effect of gaming and Internet culture, and that victims are failing to prevent their own harassment by employing blocking tools.

So who is responsible? Everyone. We are all responsible for online harassment.

Don’t get me wrong, this isn’t victim blaming. It’s about all of us taking responsibility for what kind of culture we’ve created on the Internet and continue to allow, excuse or ignore. Online harassment is a rampant problem. Two out of every five people you’ll meet on the Internet have been harassed. That number goes up the younger the person is, with teenagers and college students especially susceptible to cyberbullying. And yes, it also affects women more than men, with several surveys and studies showing it’s easier for men to feel in control online and for women to be more at risk of stalking and threats of sexual violence.

I'm gonna kill you in the name of #GamerGate

Are the victims responsible for their harassment? Not in the least. But the us vs. them mentality may be responsible for retalitory harassment, or at least the sttitude that justifies it. Just as there have been many, many victims of Gamergate’s two-year harassment campaign, some Gamergate supporters have reported threats and harassment from opposers of the harassment. If they’re taken at face value, like the ones against Gamergate’s victims should be, they’re just as credible and inexcusable.

Similarly, Democratic presidential candidates Hillary Clinton and Bernie Sanders, as well as their supporters, have been victims of horrific harassment online, including death threats, hate speech and disparaging sexual comments. This speaks nothing of the multitudes of racist tweets and death threats against President Barack Obama. But there have also been threats against Republican candidate Donald Trump, including an assassination joke by New York Times columnist Ross Dothan in February.

The overall response on all sides appears to be condemn one while excuse the other. If a Gamergate supporter is harassed online, that’s just a side-effect of the harassment that group perpetuated in the first place. If a Stephen Universe fan artist is driven to attempt suicide by harassers on Tumblr who thought her fan art was “problematic,” then maybe she shouldn’t have stereotyped these characters into traditional beauty standards. And if a Clinton supporter is repeatedly told their candidate is a bitch and whore, well Sanders is the better candidate so it’s OK.

The Internet is basically a glass house.

“Why can’t they tell me they disagree instead of calling me an idiot?” — BBC guy. Because they’re gamers, he’s told. #SXSW #SavePoint

And yes, Nik Robalik, gamers are responsible for cultivating a community that prevents players like me from ever going into Xbox Live, because I’ll be harassed simply for being a woman. It’s not “sticks and stones,” it’s abuse.

But it’s not just “them,” it’s also “us.” The Internet is basically a glass house. We’re all throwing stones, because we all like to pretend we’re the ones without sin. If your circle is engaging in online harassment, whether it’s initial or retaliatory, that’s still online harassment. It’s still a real person on the other end of it. We all need to stop ourselves or others within our circle from engaging in online harassment, working from the inside out to better the internet community as a whole. We are all the Internet, and we are all responsible for the harassment that happens on it.