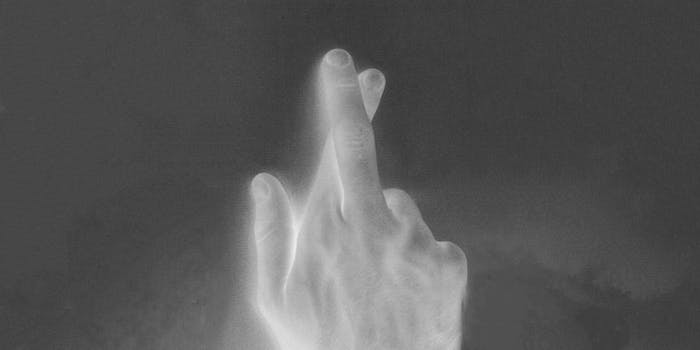 “Whoever is careless with the truth in small matters cannot be trusted with important matters."

Beth Cook is a dating and career coach. Want advice? Have advice? Send her an email at [email protected].

My mom is the most honest person in the world. She always tells the truth, even when it’s the wrong thing to say—like when she told the guy who was about to pierce her nose that she’d had two cocktails beforehand. She’s the exact opposite of people who spout, “Don’t ask permission. Beg forgiveness.” In her world, the truth always prevails…though it doesn’t always make things easy.

I inherited this trait, which has been the cause of much frustration lately. Nothing makes my blood boil more than lies. I mean, how would society, relationships, or anything function if we all just went around being dishonest?

Well, it seems that stretching the truth is an occupation for some people. In fact, plenty of online daters think that it’s perfectly acceptable to tell “white lies” in their profiles. Both men and women told me so this week.

To be clear, I’m not talking about omitting information; I’m talking about writing untrue things in a profile (i.e. knocking a year or two off your age and adding a couple of inches to your height).

Their thinking is: I’ll snare someone’s attention online and then make them love me offline, even though I am older, shorter, fatter, bald, etc.

A gal this week said, “What’s the big deal if I lower my age a year or two? It’s not like I’m pretending to be six years younger.” No, but you are pretending. And that’s the point.

Any lie told on an online profile puts you at risk of losing the one thing you’re trying very hard to find: a romantic connection. Lying makes you untrustworthy and relationships are built on the foundation of trust, people! That’s Dating 101. Get with the program.

I asked when she might plan to reveal her real age to somebody…date one or two? “No. Maybe if we got married…”

In my book, lying about height is just as bad, because it’s LYING. Loads of guys say they are two inches taller than they really are. I can’t even count the number of times I’ve been on a first date—in heels—towering over someone who is my height when barefoot. I would have worn flats for godsakes!

Tell the truth! Say who you really are online and show up that way. You won’t turn truth hounds off, you’ll feel better about yourself (nothing to hide! zero guilt!), and you’ll perfectly situate yourself for a strong relationship built on trust.

Doesn’t that sound better than getting on a train of white lies?

Ain’t that the truth.