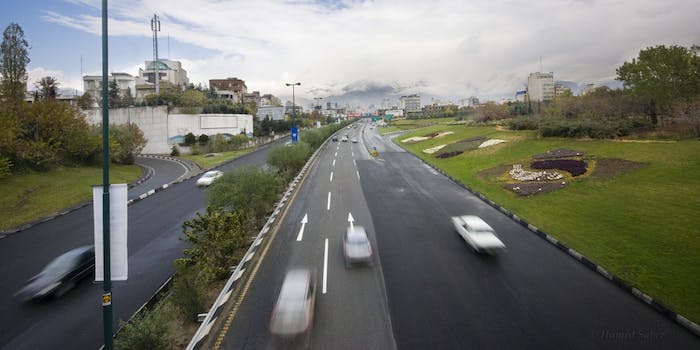 Maybe it's time to stop driving.

It’s long been hailed by Uber CEO Travis Kalanick that their on-demand transportation service will eventually replace car ownership entirely. In fact, he believes one day all the Uber cars on the road may be driving themselves. As technology and competition drive down the costs of peer-to-peer ride-sharing, there’s no denying that we as consumers win. So what does this mean for the classic American dream: House, car and children? I’m here to tell you that one of these prizes might change.

About two years ago I sold my 2000 Lexus GS 300 and replaced it with a sleek single-speed Pure Fix commuter bike. Two years later, I still bike to work every morning. And for anything over 3–5 miles, or when I’m just not feeling up for the workout, I call an Uber. I love the safety and convenience of Uber, the overall quality of their cars, and especially as a young black male, the peace of mind that I’ll never again have to deal with the police.

Before I sold my car I did some calculations to validate my suspicion that owning a car was a huge and unnecessary financial liability. Was it really feasible to ditch the DMV and rely strictly on Uber? After all, I lived in Los Angeles, the most sprawled-out city in the country—a city built on the backbone of the internal combustion engine. This would require some Googling and a little math.

The costs of annual car ownership

According to AAA, the average cost of purely owning and driving a mid-sized sedan in the US is $8,876 as of 2014, broken into six categories below:

Now we have to add additional costs for speeding and traffic tickets. The National Motorists Association (NMA) suggests that Americans could spend up to $15 billion each year on traffic tickets, or 50 million traffic tickets. This comes out to about one $75 ticket per year, per American. The NMA also estimates that Americans will get one speeding ticket every six years that will lead to increased insurance surcharges costing around $300 per year amortized over your lifetime. We already accounted for insurance costs in the calculation above, so we won’t add this twice.

Now for parking. According to ABC, the average American spends $1,300 a year on parking costs, higher than insurance or maintenance.

The last cost is probably the one Americans ignore the most, and that’s the value of your time. Every hour spent behind the wheel with your attention on the road is time you could be spending exchanging emails from your smartphone, preparing notes for a meeting, reading news or researching a new topic. This is simply time of lost productivity. According to Bureau of Labor Statistics, the US Average Hourly Earnings Rate is $24.45 per hour, with the highest being utility services at $35.45 and the lowest being leisure and hospitality at $13.86. As of 2011, the national average one-way daily commute was 25.5 minutes, or 51 minutes per day, 4.25 hours per week, 17 hours per month, and 204 hours per year. Multiply that by the average earnings rate and we can see that the average American loses out on $4,987 earnings per year due to lost productivity in their daily commute. Let’s assume in the alternative option (Uber) the user is productive 50% of the trip, so we will discount the opportunity cost to $2,493 per year.

If we add all these costs up, we can see the average costs of owning a motor vehicle in the United States are around $12,744 per year ($1,062 per month). This falls in line with Consumer Reports, which estimated median annual car costs to be $9,100 (not accounting for opportunity cost)?—?with small cars and Priuses around $5,000 and luxury cars and SUVs around $16,000.

The costs of annual Uber usage

Now it’s time to grab your phone, drop a pin, and let Uber take over. Keep in mind there are a slew of other ride-sharing companies out there, but we’re using Uber for simplicity’s sake and because there’s more data out there on this specific company. Uber, like many of its competitors, offers a unique combination of reliability, convenience and luxury at 20–30 percent the price of a cab. Let’s assume you take them everywhere (school, work or even the club). But first, we have to set a few assumptions.

According to the U.S. Department of Transportation Federal Highway Administration (FHWA), the average American driver logs 13,476 miles per year on their cars, with an “average commute distance” of 25.2 miles. If you’re curious, 13,000 miles is about two cross-country trips from from New York City to Los Angeles and back. Lastly, the U.S. Census Bureau estimates an “average commute time” of 25.5 minutes (with the highest being Chicago at 31.9 minutes and the lowest being Columbus, OH at 21.8 minutes). Without much more data here, we will have to assume average commute time to work is comparable to commute times to all other destinations (grocery store, bars, clubs, doctors office, friend’s houses, etc.).

This brings total costs to $18,115 per year ($1,509 per month) if you used UberX to drive everywhere. Unfortunately, even without car payments and depreciation, fuel costs, interest, insurance, maintenance and repairs, registration and taxes, parking fees, speeding tickets, and opportunity costs, Uber is still slightly more expensive for the average American who drives 13,476 miles per year. In this case, it would be cheaper to own and drive the medium-sized sedan.

Averages are great, but the real point is for everyone to do this calculation on their own, using a model similar to what we created. I have condensed both models to more digestible forms below:

Using the model we have we can manipulate some of the variables to come up with a crossover point?—?in this case 9,481 miles?—?where the costs of owning a car and the costs of using UberX are exactly the same. Assuming you have a medium-sized sedan that costs you $12,744 a year to own and maintain, and you drive 9,481 miles per year, then you should be indifferent about keeping your car.

So, there you have it: For the average American who drives 13,476 miles per year, owning a motor vehicle will cost them $12,744 per year to maintain, and the cost of taking UberX everywhere will cost them $18,115 per year.

However, Americans who drive less than 9,481 miles in a year should seriously consider ditching their car, because UberX will be cheaper.

Whether it’s UberX, UberPool, Lyft, LyftLine, or Sidecar, the factors that will determine whether these services are actually cheaper really come down to how many miles you drive in a year. If your metrics differ substantially from mine, I encourage you to enter your own variables into the model and come up with your own conclusions.

Disclaimer: I am in no way affiliated with Uber.

This article originally appeared on Medium and was reposted with permission.

Image via Hamed Saber/Flickr (CC BY 2.0)