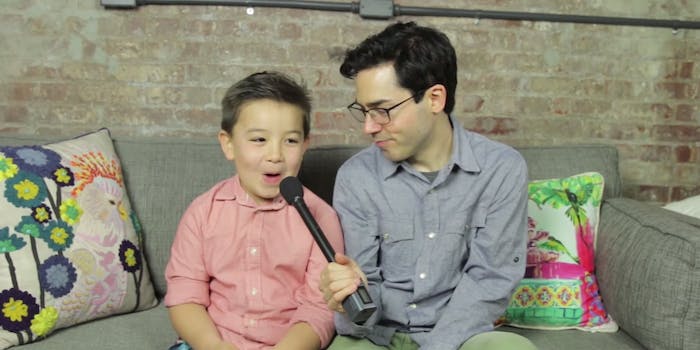 'It's when your dad gets to sleep late. But he does that all the time.'

By the time they reach adulthood, most people have a pretty solid idea of what Father’s Day means to them. Often, it involves a lot of last-minute gift shopping. But what about little kids who only just found out about the holiday?

This cute video sees YouTuber Mark Malkoff interview a group of young children about Father’s Day, asking them what it means and what they’re thinking of getting for their dads. One kid suggests buying her father a trip to Disney World—paid for by her mom, obviously.

A perfect mixture of smug kids trying to trick their parents into buying them presents and genuinely heartfelt moments. Yep, this seems pretty accurate.