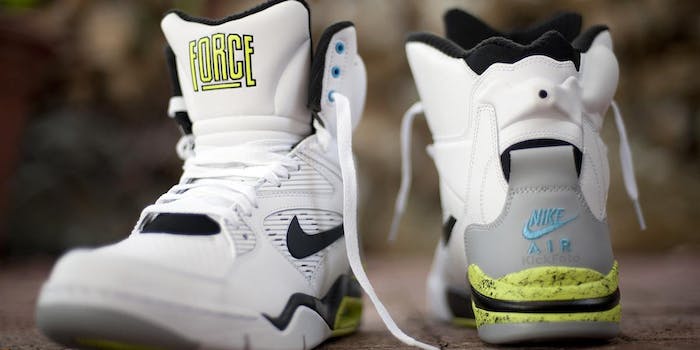 America’s children no longer know what shoes are

Millennials may never recover from the effects of the Great Recession, but Generation Z—those born in the mid-’90s and ’00s—were long believed to be on the track to success. According to the New York Times, even as a third of millennials continue to live with their parents and stare at their old Simple Plan posters, wondering where it all went wrong, “Gen Zers are growing up in a healthier economy and appear eager to be cut loose.”

If you are a millennial, then, you may see your snarky baby cousin—the kid who can’t even put down his iPhone to say the Lord’s prayer at the dinner table—make it out of Uncle Bob’s house and into a well-paying job while dancing the “Whip” and “Nae-Nae” before you manage to pay your student loans off. Yet, after taking a closer look at Gen Z, it seems they may not be the world-beaters we imagined. How are they supposed to pull America out of this mess if they don’t know what basic things like shoes are?

Last week, at Michael Jordan’s teen basketball camp, one lucky Gen Zer asked the hall-of-famer not about basketball, but about his shoes. Specifically, what his shoes were. “What are those?!” the teen shouted at Jordan. Befuddled, the sports legend answered him directly, “XX9 Lows [an unreleased pair of his signature shoes].” At first I thought the teen athlete didn’t recognize the shoe model, but it appears youth all over the U.S. are falling victim to a surreal epidemic ripped from the pages of Gabriel García Márquez: None of them understand the concept of footwear.

They just keep on asking: “What are those?!”

As the New York Times noted, “[Gen Zers] don’t wait for their parents to teach them things or tell them how to make decisions.” [Emphasis my own.] Maybe these kids should take a second to put down the Vine phones and take a second to listen to their folks. Shoes are a basic part of life!

It makes you wonder what else today’s youth don’t know. What is food? What is water? What is shelter? Let’s pray they figure it out soon.

What are “those,” they ask? Remind them, constantly, no matter how many times they seem to willingly forget: “Those” are shoes. Those have always been shoes; those will always be shoes. If we stand a chance of recovering from the Millennial Scourge, Gen Zers must figure out that those are they.

But we may already be too late.