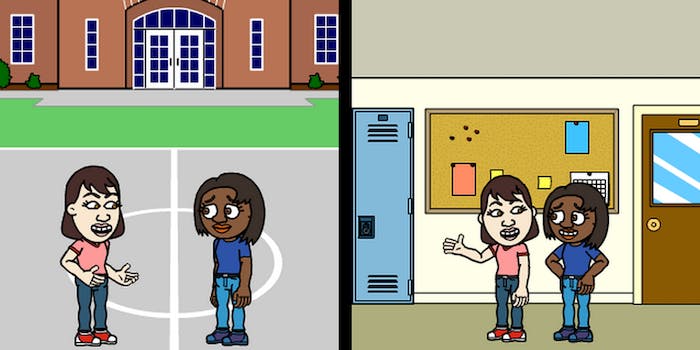 What are Bitstrips, and why did they just take over your Facebook feed?

The interesting origin of the custom comics everyone's sharing on Facebook this week.

The comics you’ve started seeing all over your Facebook feed this week have actually been around since 2011.

Bitstrips, the suddenly popular site that lets users create comics starring customizable characters, got its start two years ago as an anti-bullying project with illustrators from Cartoon Network.

“Stop Bullying Comics” became a minor meme using the same Family Guy–style illustrations seen in the modern version of Bitstrips. It was originally intended to show young people “how to respond to bullying.”

“It’s about using their voice, their ideas to resolve situations,” Bitstrips cofounder Shahan Panth told the Huffington Post in October 2011. 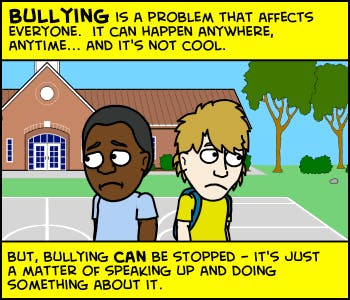 But once the project was released, the Bitstrips characters belonged to the Internet, and they were quickly twisted for comedy value. 4chan and Reddit used Bitstrips to create comics that were equal parts absurd, hilarious, and offensive. To this day, there’s a subreddit dedicated to the “Stop Bullying Comics” meme.

A year after the Stop Bullying Comics meme took off, Bitstrips created an official Facebook application, making it even easier for Web users to create their own cartoon characters, place them into comic strips, insert word bubbles, and upload the whole thing directly to a Facebook feed. The app got the attention of Reddit and the Tumblr tag “#stopbullying,” where users uploaded more of their own original works.

But Bitstrips still hadn’t achieved the total domination of your Facebook feed that it saw this week. For that, it needed a mobile app.

Bitstrips launched on iPhone and Android in late September, and exploded in popularity after updating the apps on Oct. 21 to allow easy Facebook sharing. It became so popular that its servers were overloaded Friday evening, taking down both the Facebook and mobile apps.

Servers are overloaded and FB & Mobile apps down. Working hard on getting them back up and running ASAP. Thank you for your patience.

It remains to be seen whether Bitstrips will go the way of anime Twitter avatars and 8-bit portraits, or whether they’ll be haunting your Facebook feed long past Halloween.