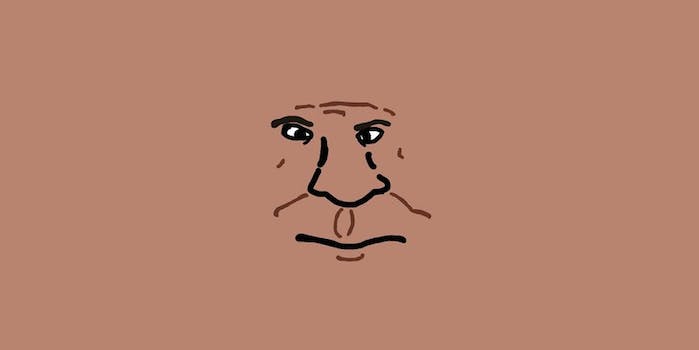 Wew, lad: Everyone hates this meme that simply refuses to die

A good meme is either based on a genuinely funny and surprising joke, or it’s a shitpost so intentionally dumb that you can’t help but laugh. In between, there’s a dark and endless sea of bad memes, some of them inexplicably popular. And that’s where we find Wew Lad.

“Wew, lad”—or just “wew”—is an expression of surprise (or sarcastic faux-surprise), and Wew Lad is the wrinkly, poorly drawn face that goes with it: 4chan has enjoyed a long relationship with “kek,” an expression for mocking laughter that originated in the game World of Warcraft. Wew is like “kek,” but more annoying and juvenile—it’s all over 4chan, even though everyone there seems to hate it.

It’s not entirely clear how 4chan became overrun with “wew lad”-posting teens in 2015, but it certainly made a lot of people angry. And thus, whether channers want to admit it or not, it’s about the most 4chan thing that could have happened.

Wew Lad’s origins are pretty murky. Know Your Meme traces the phrase “wew” back to a bizarre 2012 story on the blog Security Matters, which claimed a teenager in the Philippines had been murdered for commenting “wew” on a Facebook photo of someone else’s girlfriend.

It’s not clear that this story has anything to do with the meme, though; it seems likely it was discovered after Wew Lad was already popular.

A competing story, posted on Reddit, claims Wew Lad originated from a 4chan /tv/ poster’s story about seeing Jurassic World (2015) in a theater with a Scottish man who was dazzled by the movie’s special effects.

“Wew, lad,” the Scot supposedly said, “They spared no expense on that one!” (“Spared no expense,” surely not coincidentally, was a bit of a catchphrase in the original Jurassic Park, uttered repeatedly by park owner John Hammond, played by the late English actor Richard Attenborough.)

The alleged /tv/ story didn’t turn up in a search of various 4chan archives. However, a variation of that catchphrase—”they spared him no expense”—often appears with wew lad, even though it doesn’t make any damn grammatical sense.

Although /tv/ may have sparked wew lad’s notoriety in 2015, the Jurassic World story couldn’t have originated the phase. The first documented “wew lad” post on 4chan dates from December 2013, on the site’s shitposting forum /s4s/ (“shit 4chan says”):

It was a simple doge post, without the obnoxious, now-familiar “wrinkleface” character of Wew Lad. The wrinkleface was allegedly created by /s4s/, and was used to troll other 4chan boards as early as 2014.

In December of that year, a Wew Lad spam post ended up stuck to the top of the politics board /pol/, outraging that board’s regular posters.

Practically every account of Wew Lad, from Reddit to Urban Dictionary to Encyclopedia Dramatica, describes it as a “forced” meme—one that doesn’t have any comedy value, but was inflicted on 4chan through aggressive repetition from its few fans. The proponents of wew lad are frequently described as “newfags,” 4chan slang for anyone who has spent less time on the site than you.

The Encyclopedia Dramatica article goes even further in decrying Wew Lad, positing that he will be the literal death of the internet:

WEW LAD PLANS TO DESTROY OUR PRECIOUS /B/ FROM WITHIN BY INFECTING THE ALREADY CANCER-RIDDED BLOATED CORPSE WITH SOME MORE CANCER JUST TO KILL OFF THE REMAINING SPECKS OF LIFE INSIDE THIS LONG DEAD BOARD. ONCE HE HAS FINISHED WITH /B/. HE WILL MOVE ONTO THE OTHER BOARDS. THEN TO THE REST OF THE INTERNET. AND THEN….. THE WORLD!

On 4chan, one poster openly fantasized about tracking down the creator of Wew Lad and “beating the shit out of him.” (This, and the anonymous nature of 4chan in general, may help to explain why no one is claiming credit for the meme.)

In spite of what seems like a universal consensus that Wew Lad is never going to happen as a meme, Wew Lad definitely happened. And he’s still happening.

There’s a Wew Lad version of Doge, the Shiba Inu who was briefly the only good meme on the internet. There’s a weed-themed Wew Lad 420 blaze it (warning: there’s some iNSaNe autoplaying music behind that link). Pepe the frog is Wew Lad. 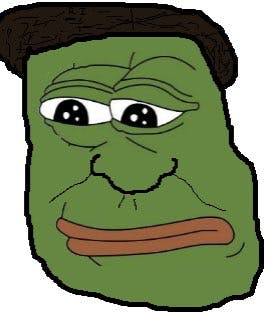 Even John Goodman is wew lad. 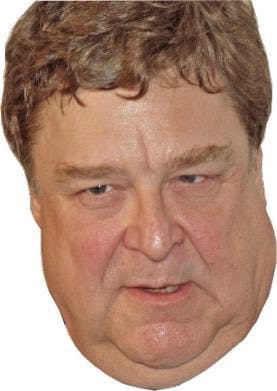 There’s a Wew Lad forum on Reddit, too, created back in July 2015. It’s mostly dormant now, but there’s occasionally a new post.

Dozens of threads on 4chan over the past couple of months have included “wew” or “wew lad.” They’re mostly in text, as the character seems to have faded away, but they’re there nonetheless.

If Wew Lad is “cancer,” the go-to metaphor for anything new on 4chan that could ruin the site, he’s very persistent and has yet to be fully excised from the body. Might wanna get that checked out.