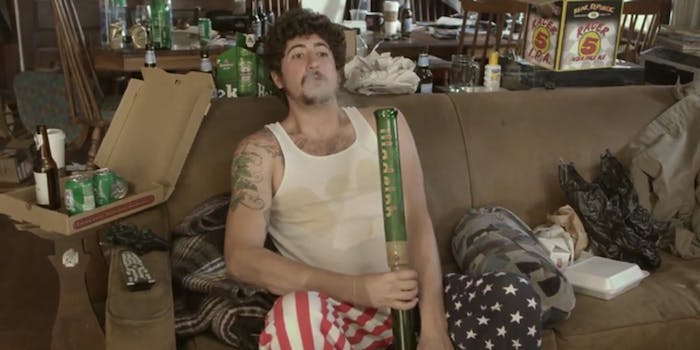 We see the piles of dirty dishes, as “Herzog” speaks of the “chaos that unites us all.”

If you’re like me, you would listen to Werner Herzog read the ingredients on a bag of Cool Ranch Doritos. Even though the German director often speaks of pain, malice, and sorrow, there is something almost musical about his voice. Take the devastating anti-texting PSA he recently did for AT&T.

The folks at 5 Second Films feel this way, too. They just released a six-minute clip called “The Dishes of Babylon,” narrated in the style of Herzog’s many documentaries. Except instead of men living in the wild with bears, this film focuses on roommates living in squalor in a Silverlake dude-house. We see the piles of dirty dishes, as “Herzog” speaks of the “chaos that unites us all.”  We see the great unwashed.

As with much of Herzog’s work, this is approached like an anthropological study: The roommate awakes for his morning “bongsnap”; a flurry of Post-It notes litter the kitchen, as the order of the house descends into chaos, proof of the inevitable tendency “of complex systems to break down over time.”  Why won’t someone just wash the dishes,” you scream into the void.