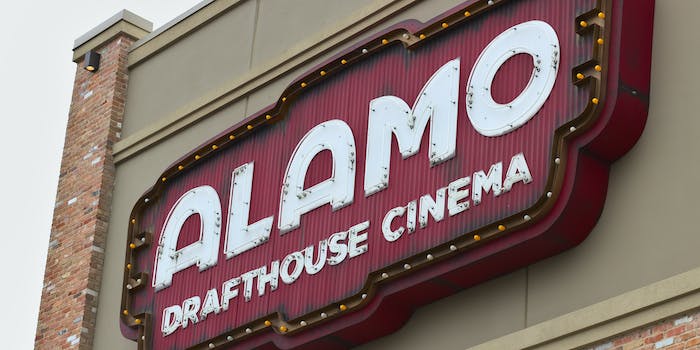 Welp 512 is calling out the city's most popular restaurants.

Austin theater chain Alamo Drafthouse has been closed since mid-March, and in early July laid off more than 80 furloughed employees. In a blog about the Alamo’s potential reopening last month, founder Tim League stated to patrons: “We want you to feel safe.”

Last week, accusations about the theater’s handling of sexual harassment and misconduct surfaced on Instagram account Welp 512, showing many former employees did not feel safe.

The anonymous account has been calling out Austin restaurants and businesses for toxic and irresponsible behavior, amplifying a long-standing whisper network. The person behind the account, who asked to remain anonymous, told the Daily Dot she started Welp 512 after an acquaintance launched Welp 518, an account for service workers in Albany, New York. There are also Welp pages for Houston and El Paso, but the Austin page blew past all three in terms of followers: It picked up more than 30,000 in one week.

“I felt there was a need for it in Austin because of my personal experiences as a service worker in this city and two other states over the past 12 years,” she says. “Stories of mistreatment are typically only shared by word-of-mouth, among other service industry workers.” Not surprisingly, a majority of the accounts include claims of sexual harassment, as well as racism, wage theft, and unsanitary working conditions.

The Alamo account adds to existing stories and public accusations of harassment and assault, which the company has done little to address beyond institute a code of conduct in 2018. The account details one former employee’s experience with sexual harassment, both at work and online, and alleges that after the company dismissed its Austin cleaning crews in 2019, employees were expected to take on those duties at no extra pay, leading to less thoroughly cleaned theaters.

The more than 250 comments on the post include former employees’ accounts of transphobia, sexual harassment, abuse, and rape. One former employee, who is trans, says they experienced harassment at the Alamo and tells the Daily Dot they were targeted for “unwarranted disciplinary action and my treatment only got worse after going to HR.” There was also a “heavy drinking culture encouraged by management,” which isn’t beneficial to those in recovery. That “substance-based complacency,” they say, “is rampant in the service industry where many people are in recovery. Alamo Drafthouse is one of the worst offenders of this that I have experienced in my 15 years in this industry.”

League, who publicly supported one former employee accused of assault in 2017, stepped down as CEO in April, and former Starbucks and Disney exec Shelli Taylor stepped in. Putting a woman in charge is long overdue at the Alamo, but it will take more than that to deep clean the entitlement and toxicity that’s seeped into its community. An Alamo Drafthouse spokesperson sent the Daily Dot this statement:

“Alamo Drafthouse has a zero-tolerance policy for any kind of abuse and harassment. These allegations are deeply disturbing and describe behaviors that are simply unacceptable. Last week an internal note was sent to all staff to encourage anyone with information about the claims made in the Instagram post to share with the People team so that a full investigation can be conducted. If any former staff have a concern we encourage them to reach out to us at [email protected].”

Welp 512’s creator has already had to close submissions twice, and the reopening of restaurants and bars in May is likely one reason for the volume. Service workers were put in a no-win situation: Go back to work and risk catching a deadly virus or face unemployment without assistance. (Austin service workers rallied for an extension of unemployment benefits last week.) Another post took aim at highly Instagrammable restaurant Irene’s, and alleged that “at least four employees” tested positive for COVID-19 since reopening but that was not disclosed to the public, and management waited two weeks to tell employees.

One Irene’s server tells the Daily Dot they weren’t present when staff was told about COVID cases, but “wouldn’t be surprised if someone caught it because of the large amount of people they seat at once with no masks on.” They said servers wear masks and “are required to switch gloves every time we interact with anyone or touch anything.”

Irene’s has not released a statement, but DM’d the account with a strongly-worded response, which was posted on Welp 512’s Instagram stories. “The approach an establishment takes to protect its employees and customers during a pandemic has a way of revealing what their true priority is,” the creator says. Irene’s did not respond to a request for comment.

The pandemic has already forced several Austin restaurants to close; Welp’s creator says she’s not trying to hurt businesses, but rather put “pressure on business owners to reform their policies for safer, more fair workplaces. Employers need to realize that workers are not disposable and deserve to be treated with dignity.” She’s already had to remove a couple posts at the request of the authors after they faced harassment or felt unsafe.

There have been moves, in Austin and beyond, to incorporate “wellness” initiatives into restaurants to boost server morale, as detailed by the New York Times in early March. The owner of Austin restaurant Comedor, Philip Speer, started a running club and offers yoga sessions for employees. Comedor also has three submissions on Welp 512, including allegations of sexual harassment and anti-Semitism. Comedor did not respond to a request for comment.

There are critics of this anonymous medium, who lean into the easy accusation of “cancel culture.” Welp 512’s creator prefers “call-out culture,” but these accounts can lead to some measure of consequence. Last week, an Instagram account that collects stories about sexual harassment, misconduct, and grooming at California punk space Burger Records led to its owners shutting down the label. The account Change the Museum, which posts stories of racism and harassment from museum employees, resulted—in part—in the resignation of San Francisco Museum of Modern Art curator Gary Garrels earlier this month. In June, the account sqirltruth tried to hold L.A. restaurant Sqirl accountable for its hiring practices; earlier this month, its owner was called out for running an illegal kitchen, underpaying servers, and overlooking sexual harassment claims.

For future Welp 512 submissions, a Google form “will make it more clear which businesses have multiple allegations against them.” A week in, there are more than 100 submissions to organize and qualify.

“Workers are itching for submissions to open up again,” she says, “and businesses are absolutely dreading it.”