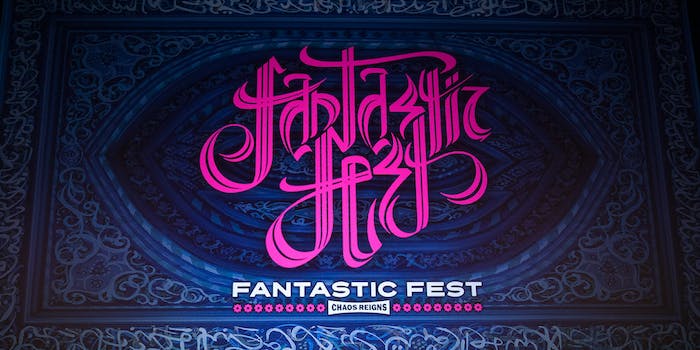 For the Fantastic Fest boys’ club, a week of disturbing truths

The Alamo Drafthouse horror festival stares down its demons.

As I was waiting for a movie to start on Saturday at Fantastic Fest, the Alamo Drafthouse’s annual display of horror, fantasy, and sci-fi, Twitter was breaking down the news that Harry Knowles, founder of Ain’t It Cool News, had allegedly assaulted a former Drafthouse employee, Jasmine Baker. More women came forward, and are still coming forward.

Fantastic Fest, an Austin, Texas, mainstay, is typically a gathering for under-the-radar films. This year it had a different weight, a different parallel reality. The Knowles news was part of a bigger mess, one that started taking shape after it was discovered that critic Devin Faraci was still employed by the Alamo after being accused of sexual harassment in October 2016 and allegedly stepping down—and that Alamo co-founder Tim League had silenced at least one accuser who came forward with her story.

A few botched explanations later, League released a statement on Tuesday: “Moving forward, we have severed all ties with Harry Knowles and he is no longer affiliated with the company in any capacity. We are striving to better respond to allegations of sexual assault and harassment, and will take actions so those who work at the theater or attend as a guest are not made to feel unsafe.”

AGFA director Joe Ziemba stated that there would be nudity, and people could have left, but if you’d already ordered food from the Drafthouse waitstaff, you’re essentially stuck there—likely sitting between two men you don’t know—until the check comes. And getting up and leaving is a kind of signal that you are one of the “uncool” ones who can’t hang with the guys, a too-common pressure in a festival environment that often seems to offer litmus tests demanding women prove their coolness.

More distressing were reports that audience members’ concerns were not being addressed. After a screening of Swedish drama The Square, the audience was surprised by a boundary-blurring performance from one of the actors, which made at least one woman feel unsafe when he reportedly threw chairs while still in character.

#FantasticFest2017 made a pregnant woman fear for her baby and trigger her PTSD, as an actor tears apart a theater. pic.twitter.com/KRCWjhmGW6

In the years after its birth in 1997, the Alamo Drafthouse became Austin’s refuge for film lovers, a devoted community built around the obscure and the fan-focused. But over the last decade the Alamo has expanded. It’s no longer an indie theater, it’s a lucrative brand with franchises. The irony that the Alamo has been tougher on texting with its pre-movie warnings than accusations of sexual harassment has not been lost on patrons and supporters. Former Fantastic Fest programmer Todd Brown, who resigned after the Faraci news came out, cited a “boys’ club” mentality around the Alamo. Knowles’ 2006 review of Heroes was tweeted out multiple times this weekend as an example of the kind of sexist garble that passed as criticism, albeit for a more niche audience.

Representation is one issue. In 2017 there have been several horror films—The Bad Batch, XX, Prevenge, Raw—directed by women and the number seems to be rising, but the ratio wasn’t quite equal at Fantastic Fest. The majority of features were directed by men, and while there were several films that found power in their female protagonist (Gerald’s Game, Revenge), there were still instances of brutal violence directed at women on-screen. Jennifer Proctor is the director of Fantastic Fest short Nothing a Little Soap and Water Can’t Fix, which explores the “domestic space of the bathtub—a place where women seek sanctuary, but a place that also renders them vulnerable and with their guard down.”

“One of the most frustrating things about the lack of women behind the scenes,” she tells the Daily Dot, “particularly in horror, is that female viewers have been drawn to the genre because it does actually often feature clever, heroic, physically powerful women characters—final girls—that are able to defeat the monster. Horror also often investigates femininity and masculinity and gender and bodies in fascinating and sometimes subversive ways, which can make them cathartic for viewers who may not fit into a traditionally patriarchal mold. Of course, along the way, there are also often brutal and sexualized attacks on female characters too, so there’s a lot to resist in these films.

“But I think there’s a stubborn view that horror is masculine, that violence in movies is the realm of the male viewer, and that because these films are violent, female audiences wouldn’t be interested. And surrounding that is a pretty passionate culture of horror fans that have cultivated a community that can be rather exclusively male.”

This year, women told their stories in a different way. They came forward and discussed toxic situations they experienced at Alamo events, either as patrons or employees. They discussed having to weigh their love of film against possible harassment. They discussed being dismissed.

It's not a secret. So many women have these stories. We have learned to steer clear of someone so we can pursue our love of cinema.

Britt Hayes, an editor and critic for Screen Crush, says she and her peers in the community have been thinking about the situation a little differently than random people online who have a habit of dogpiling, or might not know the community as intimately.

“I’m seeing a lot of people wanting to lay the blame entirely at Tim or the Alamo’s feet,” she says, “and that I think is unfair because this is a community-wide issue, it is systematic, and it doesn’t just exist in the film community or this film community. It exists in all communities.”

The Drafthouse fallout is happening less than a month after Los Angeles indie theater Cinefamily suspended operations in the wake of sexual harassment and assault allegations. Elsewhere, comedy and music scenes have weathered similar incidents, and Gamergate exposed the gaming industry’s rampant harassment problem. Hayes points out that women in the film community are so often already a minority that being vocal has to be weighed with having a career or livelihood.

“It is a monumental thing to be told, ‘This person sexually harassed or assaulted me,’” she says. “Because what do you do with that? What are you going to do as one or two people? You don’t have any real power. You don’t have the same power that someone like Harry Knowles is perceived to have, which is a false sort of power. It would be ignorant to say the Alamo didn’t empower him in some way… There were many people who knew things and felt helpless or did not have the permission to do anything about it.”

Proctor says being vocal is part of it, but this problem requires more heavy lifting.

“The noise we all made forced the Alamo to reverse course on their despicable actions,” she says. “But, of course, we need this abetting of abusers—and the abuse itself—to not happen in the first place. So this can’t be just about women advocating for themselves. Dudes need to join this fight. Men need to make noise when other men behave badly. Men need to create space for others. Men need to reflect hard on their own behavior.”

League has vowed to create a board of directors, headed by Fantastic Fest’s Kristen Bell, to “further enhance and refine the experience of the festival; nurture and provide more opportunities for young genre filmmakers; and provide the best, most open and inclusive environment for this unique film community.”

But, again, that might be a Band-Aid. So many of these institutions need to be rebuilt. It’s going to take a while—this is more than just an Alamo problem.

League, Fantastic Fest, and the Alamo Drafthouse declined to comment for this story. Knowles was voted out of the Austin Film Critics Association this week.

Listen to the Daily Dot’s conversation with Women in Caskets about Fantastic Fest 2017, and its surrounding controversy.