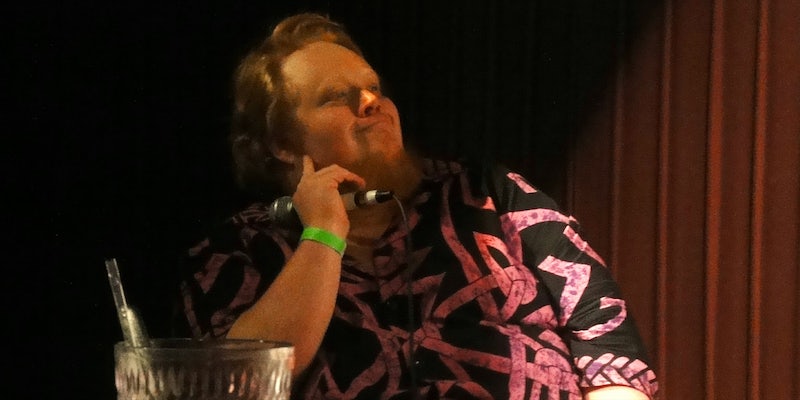 Sexual assault allegations are piling up in the film scene.

Over the weekend, news broke that a former Alamo Drafthouse employee had accused Harry Knowles—the co-founder of Alamo’s Fantastic Fest and the man behind entertainment site Ain’t It Cool News (AICN)—of repeated sexual assault. In response, a stream of the website’s contributors are stepping down.

Writer Eric Vespe, who goes by “Quint” on the site, released a statement on Twitter Monday afternoon saying that the behavior Knowles has been accused of is “impossible to defend.”

“I can not, in good conscience, continue to contribute to the brand I helped build over the last 20 years,” Vespe wrote in his statement. “Effective immediately I am leaving Ain’t It Cool News.”

Vespe added that fellow AICN contributors “Horrorella” and Steve “Capone” Prokopy will also be leaving the site. Prokopy tweeted a statement of his own.

“This was a remarkably easy decision to make,” he wrote. “I have known too many women over the years—both inside and outside the film community—who have encountered and survived sexual harassment and/or assault to allow myself to remain involved in an organization where allegations of either are part of the landscape.”

An announcement about my leaving Ain't It Cool News. pic.twitter.com/4vyJIhMycQ

Horrorella tweeted simply, “In light of today’s events, I have decided that I will no longer be writing for AICN.”

In light of today's events, I have decided that I will no longer be writing for AICN.

For Knowles’ part, he maintains the allegations are untrue.

The news comes hot on the heels of a separate sexual assault scandal involving the Alamo Drafthouse brand: Earlier this month it was revealed Drafthouse CEO Tim League had quietly re-hired writer Devin Faraci, who left the company last year amid sexual assault allegations of his own. Faraci has since re-resigned, and League is going into overdrive in the media trying to assert that the company takes these things seriously and is still a safe place to work.