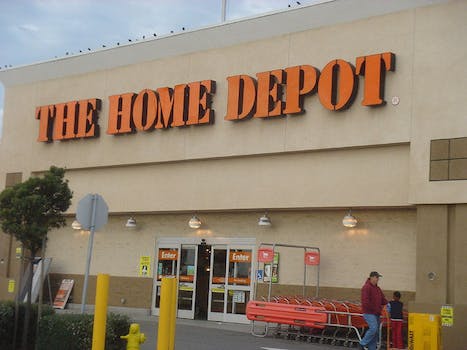 On the red carpet at Sunday’s Golden Globes, Aziz Ansari responded to a reporter’s question about who he was wearing by saying his outfit was designed by Kevin Dior, a Home Depot employee and brother of noted designer Christian.

As is Ansari’s way, he was joking around. Kevin Dior is not real, and would probably be really old, given Christian Dior was born in 1905.

Predictably, a Twitter account in the name of Kevin Dior popped up. With more than 170 tweets to “Kevin’s” name, the account has picked up 78 followers so far. Unfortunately, his tweets have dried up faster than a latex-based paint from a quality hardware store, as they seemingly came to an end Tuesday.

Unlike many other, slightly more creative wits, @kevinHomedepot not only has a handle with odd capitalization, but sent the same joke to just about anyone mentioning the phrase “Kevin Dior” on Twitter. Some might call that spam. 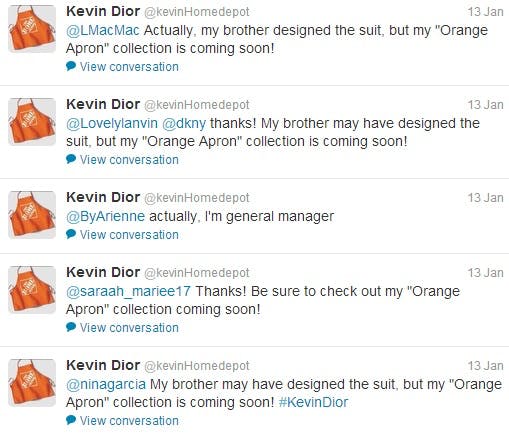 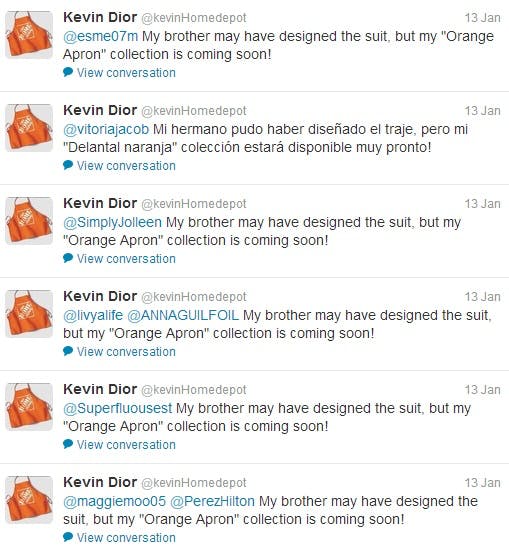 But wait! Here’s another tweet that’s more of a mediocre humorous observation than a joke with actual cadence and punch.

This one is not as awful as Carrie Mathison’s cryface, but it’s not far off.

These, however, require a call for a “cleanup on aisle lame.” 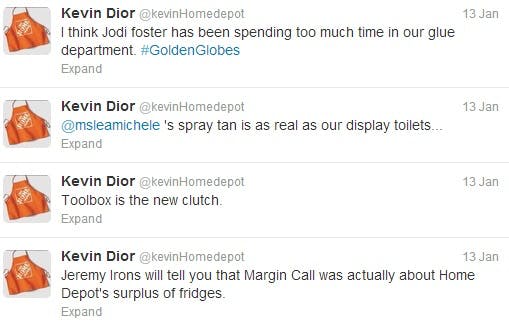 The actual Home Depot was lured in to respond to Dior, with the promise of a retweet that Dior made good on. 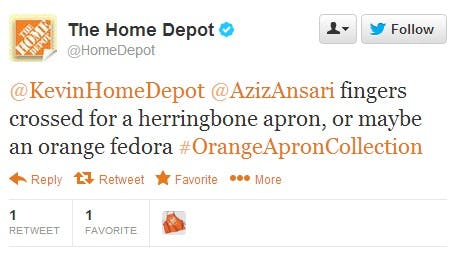 Dior might only have one actual joke, but at least it’s one he can tell in a second language.

This is all your fault, Aziz!