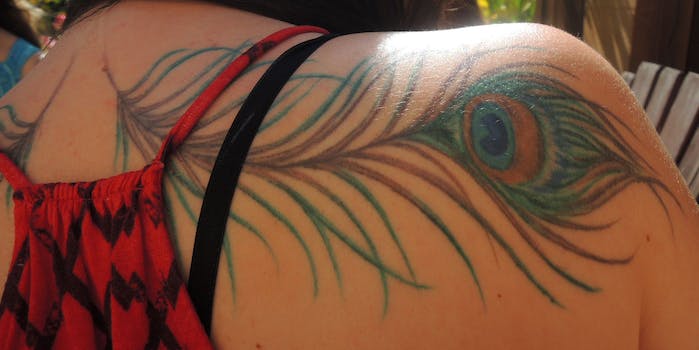 This ironic campaign against tattoos is tearing Facebook apart

Hating on 'inkos' is growing in popularity.

Who is responsible for the moral decline of the universe? People with tattoos, of course.

According to a wealth of ironic memes, tattooed “inkos,” also known as “stinky inkies,” are the worst garbage people on Earth and should be exposed for their evil crimes.

Weird Facebook is stacked with pages devoted to condemning the criminal lifestyles of the tattooed. According to the page Concerned Moms Against Tattoos, the slang slur “thot” actually stands for “Tat Ho Over There.” Parents: If your innocent little girl comes home one day declaring herself a thot and an intention to get tattooed, hack her into pieces immediately—she’s possessed by Satan and can never be brought back. 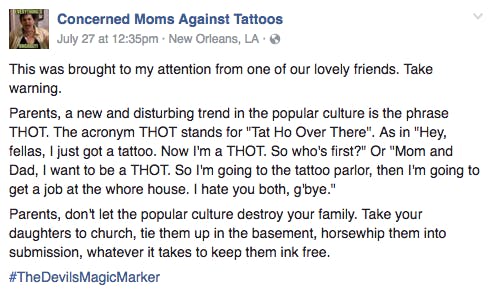 The Facebook page Ban Tattoos Now takes a classic meme approach to educating the public about the severe dangers of associating with inkos, who are almost always murderers and body-art addicts, more than willing to sell their own children for an ink fix. 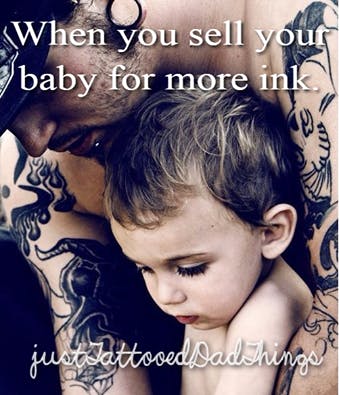 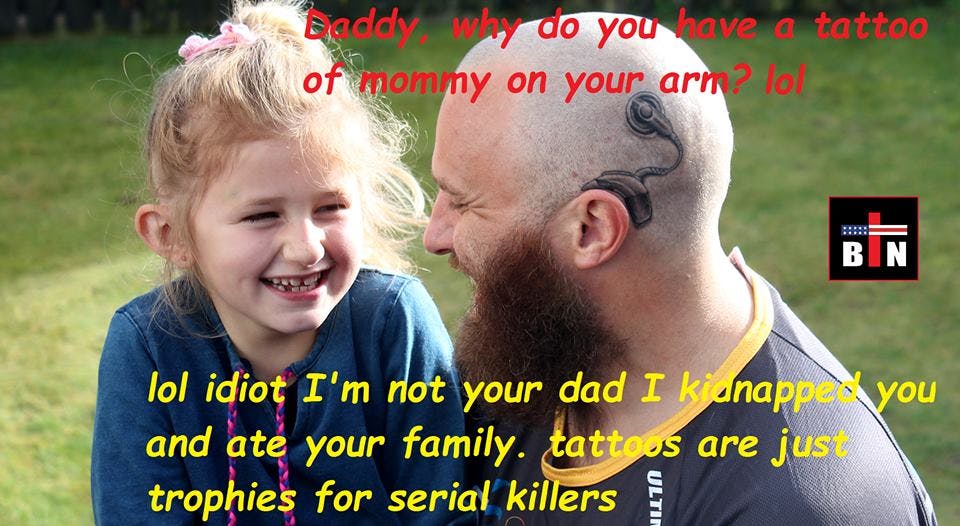 Many of the pages repping the anti-tattoo movement focus on ways to protect your kids from falling victim to predatory ink monsters. But one page takes a more preventive stance similar to anti-smoking campaign.

The I Love My Tattoo-Free Life page is run by a lady named Jayne who not only hates tattoos and inkos, but loves having bare arms. The page even sells T-shirts for the un-tatted who are proud of their virgin skin. 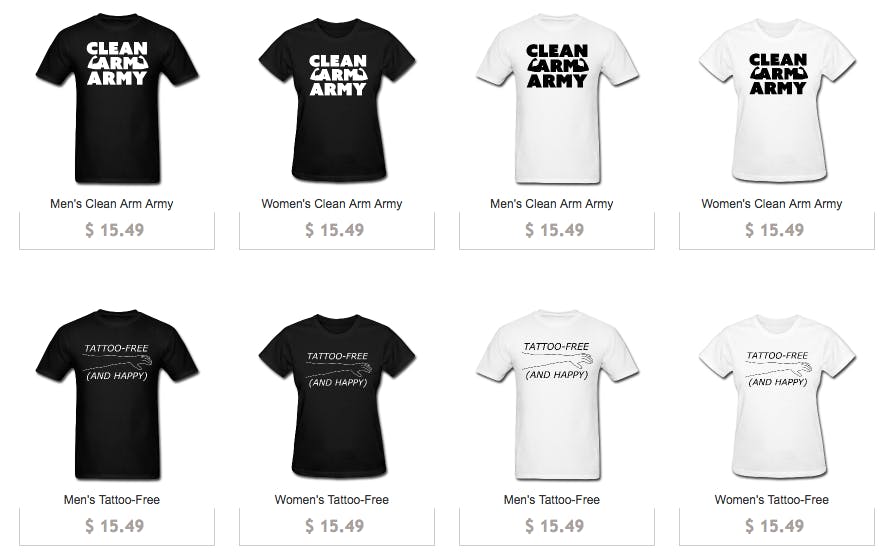 The best thing about anti-tattoo pages on Facebook is the way nearly every single commenter seems to believe they are serious. On all of the pages (we found about seven during a pretty lazy search), people leave comments defending their decision to get tattoos, offering justifications as to why they are good, normal people and not flesh-eating monsters. 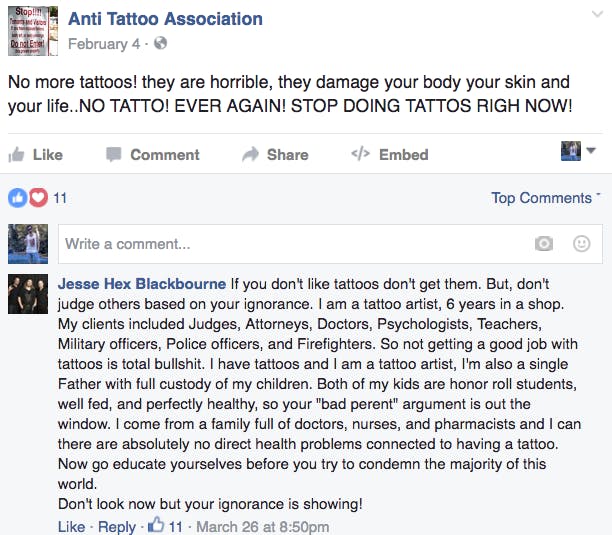 Is it way too easy to troll tattooed people into getting outraged over your own ironic outrage about tattoos? Yes. Does that make it any less funny? Of course not. The internet is a rude, divisive place, and the discussion of tattoos therein should be no different.

That being the case, any dirty inkos reading this should do us all a favor and walk into the ocean. It may not wash your sinful tattoos away, but at least the world will be rid of your sin.