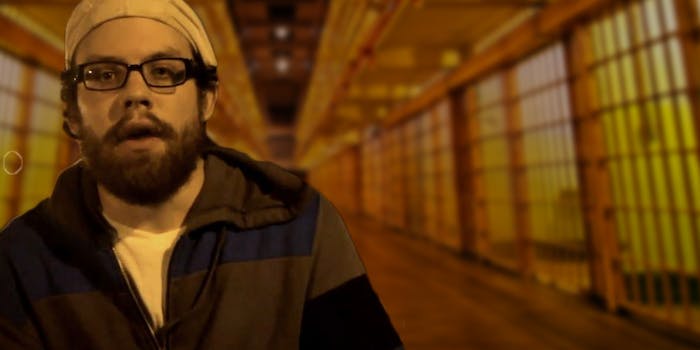 They never should have tried him in New Jersey.

Tor Ekeland, one of Auernheimer’s attorneys, confirmed Friday morning on Twitter that his sentence had been vacated. Ekeland was not immediately available for comment.

Auernheimer had been convicted of violating the Computer Fraud and Abuse Act (CFAA), sometimes referred to as “the worst law in technology.” Back in 2010, he and a few colleagues found a flaw in AT&T’s security that made it easy to get the personal data of more than a hundred thousand iPad subscribers, and gave a list of victims to Gawker in addition to alerting AT&T.

In his appeal in March, Auernheimer’s attorneys reiterated their objection of venue, or where he was tried. Specifically, his trial was in New Jersey—where hacking laws are more stringent—instead of Arkansas, where he was based, or New York, site of Gawker headquarters. Attendees seemed universally surprised that the three Third Circuit Court of Appeals judges devoted the majority of the appeal to venue.

And that’s what got him off. In his opinion, Third Circuit Court of Appeals Judge Michael Chagares wrote that “because we conclude that venue did not lie in New Jersey, we will reverse the District Court’s venue determination and vacate Auernheimer’s conviction.”

Update: Ekeland tells the Daily Dot that he found out Auernheimer’s conviction had been overturned Friday morning, while he was having coffee.

Developing story. Check back for updates.

Dell Cameron contributed to this report.

Photos via opticaltekniq/YouTube and Dusty J/flickr (cc by 2.0) | remix by Fernando Alfonso III