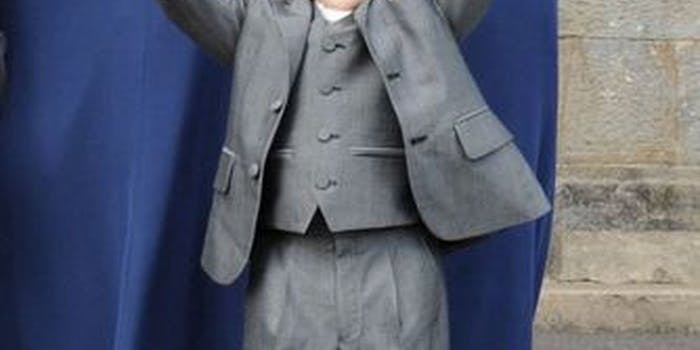 Three-year-old Oscar Knox has been diagnosed wtih Jacobsen syndrome and Neuroblastoma. His family has used the Web to raise awareness and support.

Three-year-old Oscar Knox from Northern Ireland is “one in 10 billion.”

Already determined to have Jacobsen syndrome, he was also diagnosed last November with high risk Neuroblastoma, a extracranial solid cancer.

“As far as we are aware, Oscar is the only child in the world ever to have Jacobsen syndrome and then be diagnosed with Neuroblastoma,” the Knoxes wrote on their blog.

The Knoxes turned to tweeting and blogging after Oscar’s latest diagnosis to update friends and family on Oscar’s progress. What they found was a community of support.

“I suppose years ago people didn’t know where to turn to find support,” Stephen Knox, Oscar’s father, told the BBC. “They felt alone. Now all you have to do is switch on Twitter and you can find other families instantly.

“It’s great to hear from other families, we connect with them and follow updates on each other’s children. It does make you feel like you’re not on your own. We are even followed by families as far away as Yemen.”

Oscar already has over 3,000 followers on Twitter, and the blog has received more than 17,000 views. They both feature medical updates and small glimpses into Oscar’s life. The toddler’s also appeared on BBC Radio Ulster’s Evening Extra.

The Knoxes are also using these outlets to raise awareness of Neuroblastoma, which affects about 100 children every year in the U.K.