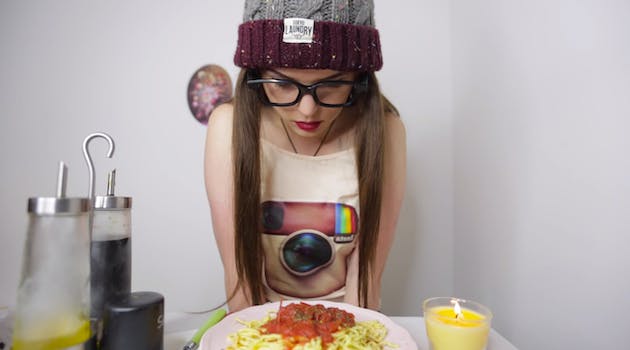 'Are we really not gonna talk about how cute this kid is?'

Combine the awkwardness of a first date with how much we hate social networks like Twitter and Facebook, and you have Emma Blackery trying to navigate the world of dating while being hounded by the very aspects of the social media that we despise the most.

Blackery’s latest video imagines what it would be like to go on dates with social networks. As she discovered, these sites are more persistent than ever when romance is involved. No, Google+, we still don’t want to use you.