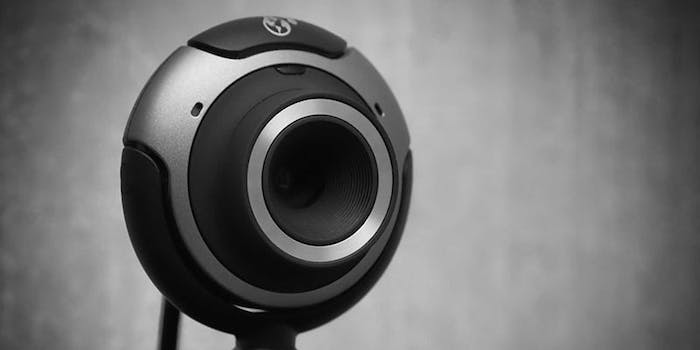 A Pennsylvania woman charged with slapping and verbally assaulting her immobilized, elderly mother forgot one vital detail. She left her webcam on.

She left her webcam on.

Carolyn James, 55, has been charged with simple assault, neglect of care for a dependent person, and terroristic threats. Her 96-year-old mother, Mary Jane, suffers from stage-four Alzheimer’s disease and cannot speak, according to a county care worker.

The Times-Tribune has reported that Mark Gruss of Chicago was browsing open webcams when he stumbled upon the livestream of purported abuse and began recording. The video, which he later shared with the Times-Tribune, depicts Carolyn slapping her mother on the back of her head and yelling “You want a broken arm? I’ll break it!”

Gruss noticed James’s Internet protocol (IP) address was available, and traced it back to the general Scranton, Pa. area before tipping police. When they didn’t respond, Gruss told the Times-Tribune, who contacted the Scranton Department of Aging, who in turn contacted county authorities.

The webcam, Carolyn later said, was actually a means for her mother to stay home. Carolyn works, and Mary Jane needs 24-hour care and would otherwise be in a hospice. But the webcam allows Carolyn to keep tabs on her mother.

Carolyn’s court date has not yet been set. In the meantime, she’s forbidden from contacting her mother.