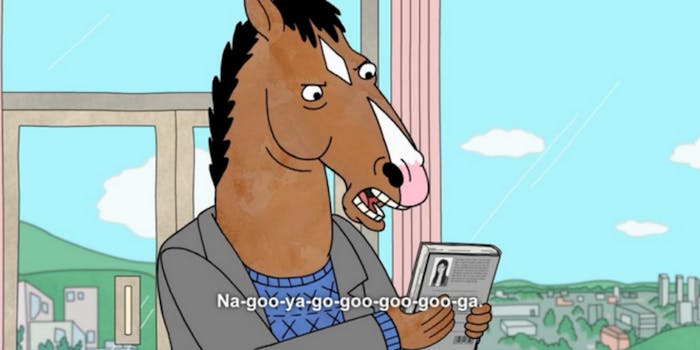 We need to talk about Kevin Nguyen

The way I’ve pronounced my last name has changed over the years—iterations on a bastardization, so to speak. Growing up, my immediate family said NEW-in. When I went to college across the country, where there were already a few other Nguyens who said WIN, I adjusted my pronunciation to match theirs. Nowadays I go by something that sounds like nuh-WEN. I think.

A few years back, a well-intentioned but very rude friend impressed upon me the importance of making sure people said “Nguyen” correctly. She talked about how meaningful it was to her own heritage that people pronounce her family name correctly. To allow someone to mangle her name was to surrender her identity to the pressures of making things easy for Americans.

I understood where she was coming from, but I didn’t necessarily agree. Also, I never could pronounce her name correctly.

Nguyen is the 57th most common surname in the U.S. When a last name is so common, it’s hard to feel any real connection to it. On the other hand, I have a lot of pride in it as a signifier that I am Vietnamese, since roughly 40 percent of Vietnamese people around the world are Nguyens. I might as well be called Kevin Vietnameseperson, which would have the added bonus of being easy to pronounce and kind of hilarious.

Some questionable history: In 1802, when the Nguyen Dynasty took power in Vietnam, the Lords often rewarded people who shared the same last name as the ruling emperor. And if you were a criminal, changing your name to Nguyen would even help you avoid persecution. All this means is that my name is handed down from royalty, nepotism, or someone trying really hard to stay out of jail.

Unlike most Western surnames, Nguyen has no real family inheritance. But it does make me easily identifiable as a person of color, as Asian, as Vietnamese. In a way, people know what my name means, even if they can’t really pronounce it.

I don’t like the name Kevin. Neither does anyone else.

Years ago, I came across a stand up routine on Comedy Central that joked that “Kevin” was a jock name out of an ’80s high school movie. But Kevin was never even the name of the main antagonist. It was always the big jock’s best friend, who would say things like, “You and your nerd patrol better get out of here!”

Ian Bogost’s impression of Kevins is a different kind of terrible. He has a recurring Twitter joke identifying Kevins as a population of awful nerds.

“I am enraged about Facebook’s unethical manipulation of emotional signals in data I post on its service,” Kevin posted on Facebook.

“Who wouldn’t want to connect on LinkedIn?” Kevin wondered as he clicked the big button.

And finally, this headline: “Is Your Name Kevin? Good Luck Finding a Date.”

The name Kevin signals disparate versions of how to be uncool. But there is a bland normalcy in that uncoolness. It is the ultimate Stuff White People Like name, and it’s maybe why me and my brother are named Kevin and Jonathan.

Everyone in my extended family that was born in the States has an American first name (Andrew, Brian, Eric, Tyler). Even my father adopted one when he emigrated. He’s Joe, and his three brothers are Tim, Tom, and Bob. The name my parents wanted to call me was Curtiss, until someone told my mother that name was “too black.” (She maintains that this isn’t true and denies ever saying that, but it’s not the sort of thing I would’ve forgotten.) The idea is that I would be called by something that fit in, or at least something that wouldn’t stick out.

When I was younger, my parents referred to me almost exclusively as Huy, my Vietnamese middle name. Even though Kevin was my first name, it acted like a shield of sorts, one that protected me when I was out of the safety of my home. People wouldn’t understand what Huy was, but they might see Kevin as familiar, American.

Sometimes it would be hard being a Nguyen; it could at least be easy to be a Kevin.

Before my freshman year of college, my to-be roommate googled my name, hoping to learn a little more about me before we shared a dorm room. He was disappointed when we met in person and he learned I was not Kevin Nguyen) who participated in the 2004 Pokémon World Championships.

According to HowManyOfMe.com, a site that sees how many people with your name are registered with the U.S. Census Bureau, there are 1,235 Kevin Nguyens in America. There are several hundred Kevin Nguyens on Facebook, and at least a few hundred on Twitter. Inspired by my friend Andrew Simone, who made a list of all the Andrew Simones (there are nine), I made a list of other people who share my name. I added as many as I could to the list before I got bored (I only got to 32).

It’s funny following all these other Kevin Nguyens just because they are all overwhelmingly boring. They reflect the normalcy of Kevin and the first- or second-generation effect of Nguyen. But if there is a tension between these two names—one that identifies them to people as American, another that identifies them as something else—these Twitter accounts present lives that seem to exist comfortably between them. It’s this kind of non-thinking about place, identity, and belonging that I wish my name could afford me. Maybe in a way it does?

I mean, look at this Kevin Nguyen:

Just wanna hang with my homies this weekend 😎

Dude just wants to hang with his homies this weekend.

This article originally appeared on Kevin Nguyen’s own Tinyletter. Republished with permission.