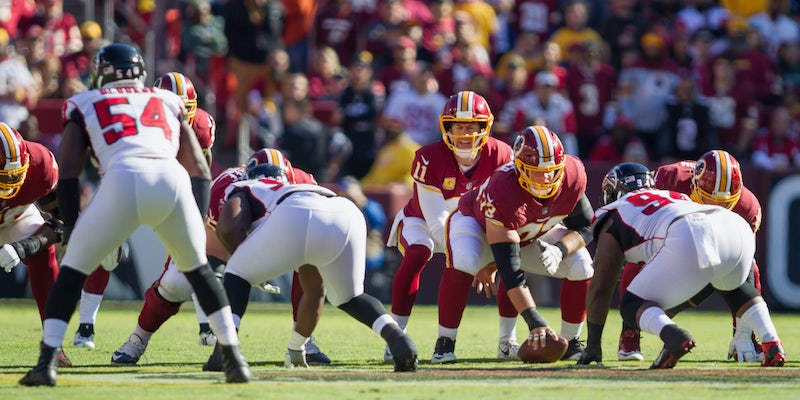 Activists have been trying to change the name for decades.

Washington’s football team announced Monday that it’s retiring its racist “Redskins” team name, a move that activists pushed Washington to make for decades. And while a new name has yet to be announced, people already have a bunch of suggestions for Washington to use in finding its replacement.

For years, owner Dan Snyder had been adamantly opposed to changing the name (which is a racist slur against Native Americans), and the team has even used Native Americans to defend its usage. But the team has changed course over the past month as activists renewed their efforts to get Washington to change the name as corporations released statements in support of Black Lives Matter. But the ultimate push largely seemed to be a financial one.

Many vendors—including Amazon, Target, Walmart, and Dick’s Sporting Goods—pulled Washington merchandise from their online stores. Many sponsors such as Bank of America, Nike, Pepsi, and FedEx released statements condemning the name. The team was even barred from relocating from Maryland to Washington D.C. unless it changed its name.

“There is no viable path, locally or federally, for the Washington football team to return to Washington, D.C., without first changing the team name,” D.C. Deputy Mayor John Falcicchio told Fox 5 in early July.

Even in Washington’s statement, which is first addressed to its sponsors (and then fans and community), it doesn’t acknowledge any of the criticisms against the racist name and logo, only that it had begun “a thorough review of the team’s name.” (In fact, the name appears seven times throughout the statement, including on its masthead and in the actual statement; the team’s Twitter handle puts it up to eight.)

“Dan Snyder and Coach [Ron] Rivera are working closely to develop a new name and design approach that will enhance the standing of our proud, tradition rich franchise and inspire our sponsors, fans and community for the next 100 years,” the statement read.

Washington has yet to provide a new name for the team, which could be due to the fact that trademarks for several likely replacements have already been registered. According to ESPN’s Adam Schefter, the new logo for Washington’s football team will “have no Native American imagery.”

For now, the new name for Washington’s football team is up in the air, so naturally, Twitter is starting to have a field day. Some team name suggestions by users play on D.C. politics and culture—such as “Washington Sources Familiar with the Matter” and “Washington Minor Threats”.