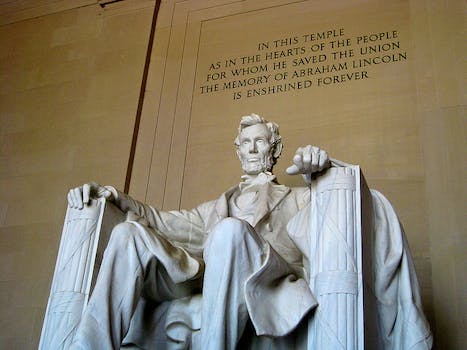 How major research institutions adjust to a Wikipedia world

A Washington, D.C. edit-a-thon got information from the Historical Society Of Washington off the shelves and onto Wikipedia.

There is now a whole lot more information on these two entries on Wikipedia than there was a week ago. The same goes for dozens of topics related to the nation’s capitol. It’s all the product of collaborative effort between Wikipedians and some of D.C.’s more traditional research institutions.

Over the past weekend, dozens of Wikipedia editors gathered at the Historical Society Of Washington to take part in an edit-a-thon, in hopes of updating and fleshing out Wikipedia articles related to important, but forgotten parts of their city’s history.

“There’s a lot of valuable history here (at the Historical Society) that hasn’t found its way online yet,” said Jennifer Krafchik, director of the society’s Kiplinger Research Library.

And that desire to transfer information from the shelves of D.C. archival institutions to the readily accessible pages of Wikipedia is was drove the historical society, as well as D.C. Public Libraries and George Washington University, to take part in the event.

The several dozen Wikipedians who turned out for the edit-a-thon had a clear course of action. Krafchik said the library had compiled a list of articles on Wikipedia that were in sore need of restoration – entries that rated poor by the site’s own metrics for citations and content. Entries like the German Evangelical Church and Rectory or the Mansion on O Street.

The event was the first of its kind for the city of D.C., but not for Wikipedia as a whole. Sarah Stierch, a research fellow with Wikimedia says globally, there is usually some kind of edit-a-thon taking place every week. Although Wikipedia editing has the image of being a lonely hobby, Stierch said the site benefits from face-to-face collaboration.

“People, especially women, enjoy editing together offline,” she told The Daily Dot. “It’s a supportive environment—you can shout across a table to get help on an editing issue or find support for any problems you’re having online.”

But what is changing about these edit-a-thons is the partnerships with traditional research institutions. Stierch said that collaborating with the “holders of cultural heritage” has really helped the site gain more and more legitimacy.

Conversely, academics are starting to accept Wikipedia as a valuable tool for research.

“The best things archives, libraries educational institutions can do is get behind (Wikipedia) and advocate for its advancement,” Krafchik told The Daily Dot. “It’s a first line resource for a lot of students and amateur historians. It’s not going anywhere, so it’s important we make our resources available.”