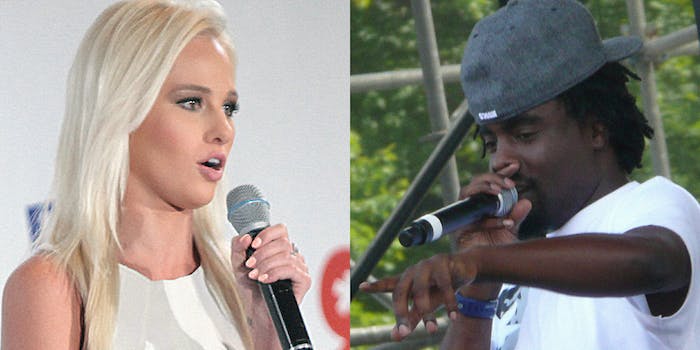 feudOver the past few months, rapper Wale and conservative media personality Tomi Lahren have engaged in an on-again, off-again feud on Twitter. It began when Wale included her name in a song of his. Lahren was upset he mispronounced it.

Wale won that round.

Then, when Lahren tried to make a little peace by taking the rapper’s advice, he was there again.

Lahren was doing her favorite thing online, bashing leftists for refusing to accept President Donald Trump as a legitimate president, and she made a pretty good joke.

Question: how can you impeach him if he's "not your president…?" 💅🏼

But then there was Wale.

In Lahren’s defense, she wasn’t fired on her day off. She was fired while suspended.

That said, Lahren is heading to work in communications for a PAC, so whether she will maintain the same outspoken persona online remains to be seen. If she does, you can rest assured Wale will waiting.