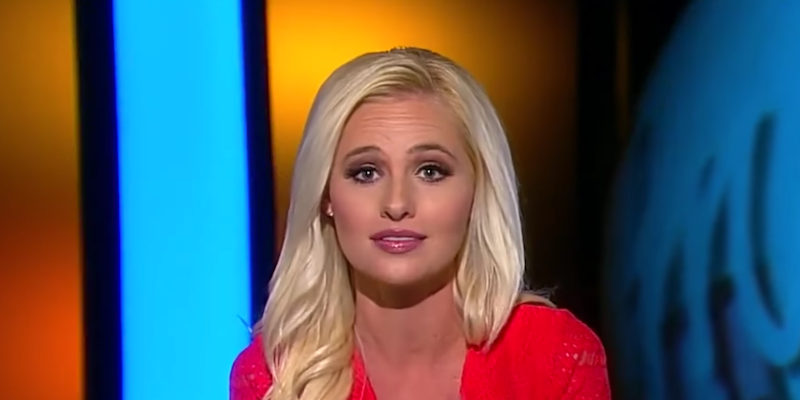 Screengrab via Final Thoughts With Tomi/YouTube

Conservatives and liberals have been upset with Lahren.

Conservative commentator Tomi Lahren has reportedly been permanently banned from the Blaze, the Glenn Beck-owned outlet she’s hosted a show for since November 2015, in the aftermath of her coming out as pro-choice, according to the New York Post.

Lahren revealed her disagreement with the pervasive conservative opposition to abortion earlier this week, telling the women of The View that she’d be “a hypocrite” to believe otherwise, due to conservative beliefs regarding limited government and individual freedom. Now, however, the same woman who hosted the “Snowflake Awards”—a show which counter-programmed the Oscars, accusing progressives of being overly sensitive, politically correct, and intolerant of opposing viewpoints—has lost her job over her pro-choice heresy.

Glenn Beck, the founder of the Blaze, commented on Lahren’s remarks on his radio show last week, making it clear that he objected to her framing anti-abortion conservatives as “hypocrites.” Said Beck:

I would disagree that you’re a hypocrite if you want limited government and yet you want the government to protect life of the unborn. It’s very, very clear. But it takes intellectual honesty, and it takes a willingness to actually think these things through and to do more than just read Twitter or Facebook to get your news and your political opinions.

Lahren herself has sent mixed messages about her attitudes toward reproductive rights. As conservative website RedState notes, although she claims to be pro-choice by virtue of opposition to intrusive government, she also delivered a rant against Lena Dunham in early February that made her sound entirely the opposite. In it, she claimed that pro-choice people use softening language to avoid “sounding like straight-up baby-killers,” and that Dunham wished “she could have murdered a fetus.”

In any case, Lahren’s days at the Blaze have apparently come to an end, meaning the 24-year-old headline-grabber will likely be looking for a career reboot. How much demand there’ll be for an outspoken conservative commentator who disagrees with a core tenet of mainstream conservative ideology, however, remains to be seen.