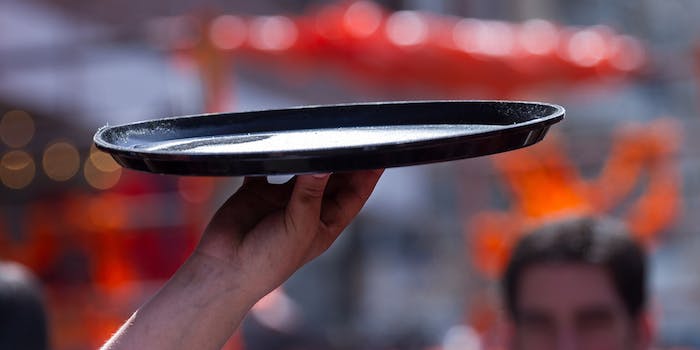 Waitress knocks man out after he touches her butt

He got what was coming.

One woman is down with dismantling the patriarchy that’s taught men that they can do whatever they please with a woman’s body–and she’s our new hero.

Somewhere in Russia and caught on video, a waitress brings the bill to two patrons. The man she’s interacting with has the audacity to try to slip some money into her chest, and she ever so kindly pushes him off.

When that’s not enough to ward him off, he gets up and grabs her butt. And you know what that gets him? Not a coupon for 15% off his next visit, but a smackdown to the head with the stack of menus she’s holding.

Then the guy gets up one more time, walks up to the woman, and even before he can try anything else, she goes for the final blow. FINISH HIM!

Watch the video in its entirety:

While violence shouldn’t necessarily be condoned, neither should the violence that women have faced since the beginning of society that creates creeps like this butt-grabbing imbecile.