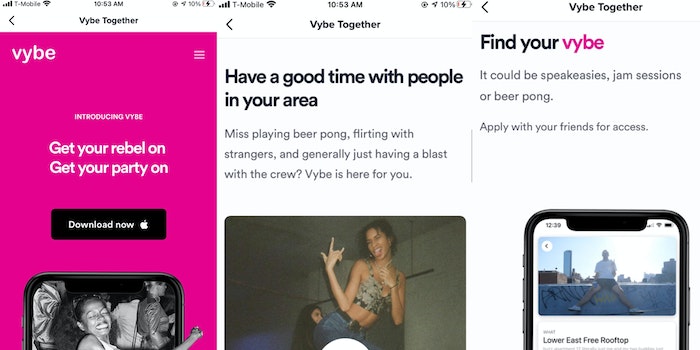 Using the tagline, 'Get your rebel on. Get your party on,' organizers would have to approve everyone who wanted to attend.

An iOS app promoting meetups during the coronavirus pandemic was removed from the Apple store and had its TikTok banned.